When it comes to seeking out the luxury neighborhoods of tomorrow, the international real estate gurus at Knight Frank are the next best thing to a crystal ball. Their team of local insiders has identified these five soon-to-be-trendy neighborhoods in some of Europe’s most popular (and pricey) cities.

How could a London quarter as renowned as Chelsea be deemed a neighborhood of tomorrow? According to Liam Bailey, global head of research at Knight Frank, the answer lies in the fact that “Chelsea is the perfect example of an area that has been underperforming and is now ripe for reassessment.” Extending from Sloane Square in the east to World’s End in the west, Chelsea has a number of significant features, including an abundance of shopping along Sloane Square, Kings Road, and Fulham Road, with the neighborhood serving as the UK’s center for all the major design houses. What it doesn’t have is connectivity; tube stations are few and far between. However, for residents prepared to navigate the city’s extensive bus network or cycle to work, this is an area with tremendous variety and opportunity. Properties tend to sell at prices between £1,000 and £1,800 per square foot, which is more affordable than locations far less glamorous. “The main residential offerings range from large, red-brick Flemish- and Arts-and-Crafts-style houses and apartments to the north of Sloane Square, to classic London terraced townhouses and apartments to the west,” notes Bailey, adding that another strong plus is the dining scene, which is wide and varied, “with a profusion of local Italian and French restaurants sitting side by side with Michelin-starred restaurants and London’s best gastropubs.” 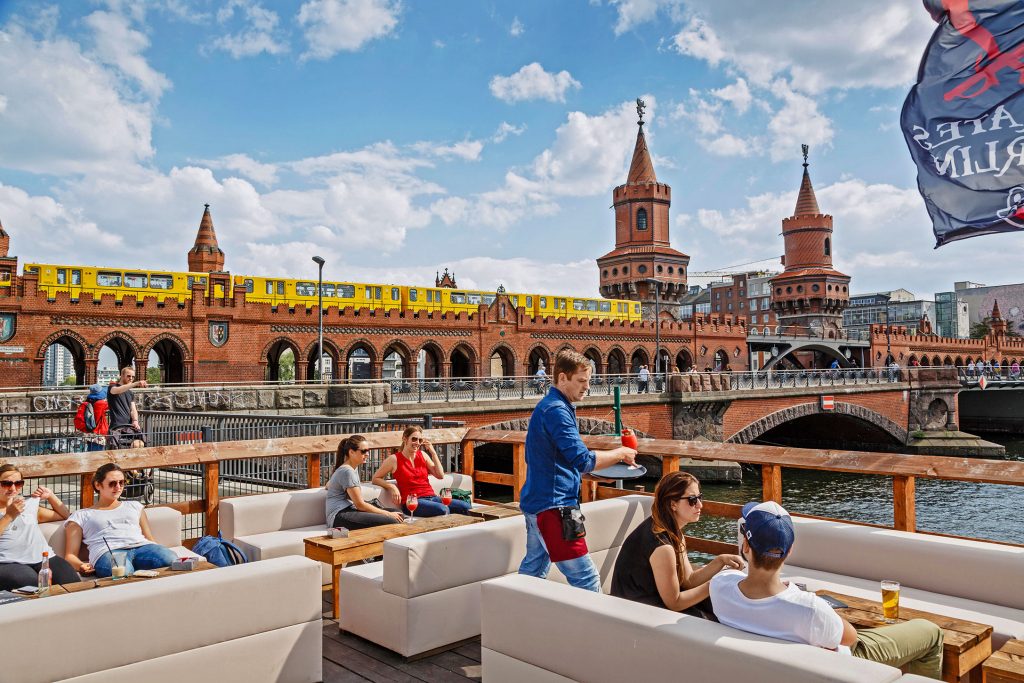 You know you’ve entered a neighborhood on the creative upswing when you spy a vegan butcher shop. Once part of communist East Berlin with its somberly dressed soldiers, the Friedrichshain borough today is awash with residents sporting a different kind of uniform: Tattoos and piercings are the norm among the artists and artisans behind an abundance of cool cafés, boutiques, and an array of clubs and bars now lining Revaler Strasse, arguably the city’s most spirited nightlife scene. Friedrichshain residents love being in the center of Berlin action yet a short distance from work. The area’s unique, futuristic edge has attracted many large corporations, including Coca-Cola, BASF, Universal Music, and Mercedes. With these businesses come jobs and a growing demand for property. According to Claire Locke, U.S. and German account manager for Knight Frank, a typical two-bedroom apartment here starts at €430,000. “We expect rents and prices to increase further, if not as dynamically as in recent years,” she says, noting that Berlin remains a good investment, with Friedrichshain experiencing the fastest increase in housing supply of any neighborhood in the city.

While not as famous as the neighboring historic Marais district, the 11th arrondissement has become a home to foodies, fashionistas, and the type of young, creative demographic that brings verve to an area and sparks growth. Here, one now finds bohemian buyers priced out of the neighboring 10th arrondissement—folks discovering a new raison d’être in the 11th with its chic eateries and boutiques around the Place de la République and Place de la Nation. Single professionals are drawn to the lively Oberkampf district to the north, while families tend to head farther eastward for the parks and squares. As Roddy Aris, associate partner, head of Paris sales for Knight Frank, notes of the 11th: “It’s a good investment because it borders the Marais, yet prices remain more attractive. There are family and large Haussmann apartments on wide boulevards like Avenue Voltaire, but here one also finds atypical properties, such as artist studios and lofts, as well as ateliers in the more commercial districts. My clients respond to the abundance of green spaces and bobo [bohemian bourgeois] atmosphere. And with major retailers starting to move into the neighborhood, investment advantages have become more pronounced.” While Paris is rarely inexpensive, Aris stresses perspective. “A three-bedroom apartment on one of the main boulevards in the 11th starts at €850,000,” he says, “but that same property in the 4th arrondissement would be closer to €1.2 million.” 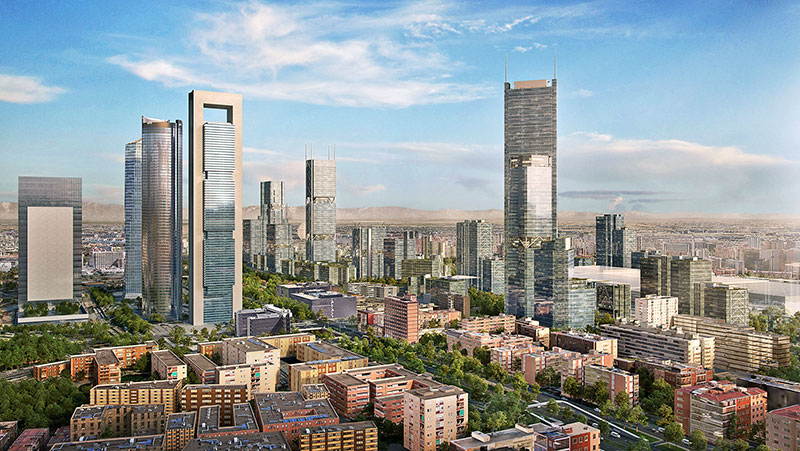 When casting an eye toward the already-hot Madrid market for a neighborhood that’s set to outperform  the rest, one would be wise to look to Castellana Norte, to the north of the city. Straddling the prime districts of Chamartín and Fuencarral, this large mixed-use development project is set to add some 1.5 million square meters of office space, three skyscrapers, a new train station, and more than 10,000 new homes, effectively shifting the city’s center of gravity northward. According to Rosa Uriol, head of research at Knight Frank Spain, the area “is expected to become the city’s new financial district, one inspired by major developments in cities such as London.” With this new hub estimated to create some 200,000 jobs and with spacious park areas encompassing more than 13 football fields, creating a new “green heart” in Madrid, Uriol expects that Castellana Norte “will soon become one of the most requested areas in Madrid for international buyers, students, young people, and families with high purchasing power.”

Sometimes all it takes is well-conceived, transportationminded construction to turn an afterthought into a must-have. Trois-Chênes—which combines the areas of Chêne-Bougeries, Chêne-Bourg, and Chêne-Thônex east of Geneva’s city center—is emerging as a new hub, thanks to the construction of a fast rail line linking the city and the French Alps, as well as a three-kilometer, car-free pedestrian, cycle, and running path set to open in December 2019. Echoing New York City’s High Line, it will flow directly into Geneva’s center and transform metropolitan bustle into a wholly livable, on-the-pulse urban environment. Chêne-Bougeries and its slightly cheaper cousin Chêne-Bourg are considered the more luxurious areas due to their position next to an international school and quiet residential streets that are home to large family villas, while Chêne-Thônex is filled with apartments and smaller villas. “The introduction of the Trois-Chênes station will bring with it a raft of new shops, restaurants, and facilities for families moving into the region,” notes Alex Koch de Gooreynd, head of Swiss sales for Knight Frank. “With pricing starting at approximately CHF600,000, this area is a very interesting alternative for younger families starting off in the city.”

Find your next home in Europe’s “neighborhoods of tomorrow.”