The Hollywood Hills rise like cresting green waves, looking down majestically on the city of Los Angeles to the south and the San Fernando Valley to the north. “It’s a slice of tranquility that’s still very close to the hustle and bustle of the nation’s second-largest city,” says Robert Kovacik, an award- winning NBC News Los Angeles anchor-reporter who has called the Hills home since 1991.

Kovacik lives in the part of the Hills known as Celebrity Row. “It is truly the perfect spot in all of Los Angeles,” he says of the enclave in Upper Nichols Canyon. “You are minutes from the city; you are minutes from the Valley. Being on the top of Mulholland Drive is not only picturesque, but it’s also remarkably family oriented. There’s a reason celebrities are attracted to the area: Not only are they close to the studios, but they are also afforded a great deal of privacy.”

VIEW FROM THE TOP

A weekend off from work means a hike, and Kovacik’s favorite is the Trebek Open Space (2500 Nichols Canyon Rd., 323.221.9944), 62 acres of land donated to the Santa Monica Mountains Conservancy by the late, great Jeopardy! host Alex Trebek. “It has the best hiking trails for you, your dog, your horse, or your bike,” says Kovacik. “I know those trails so well, I can read the paper and hike at the same time. God bless Alex Trebek; he was such a generous man. At the top of it is the most magnificent view of Los Angeles. I take everyone who comes and visits from the East Coast. It’s heaven.” 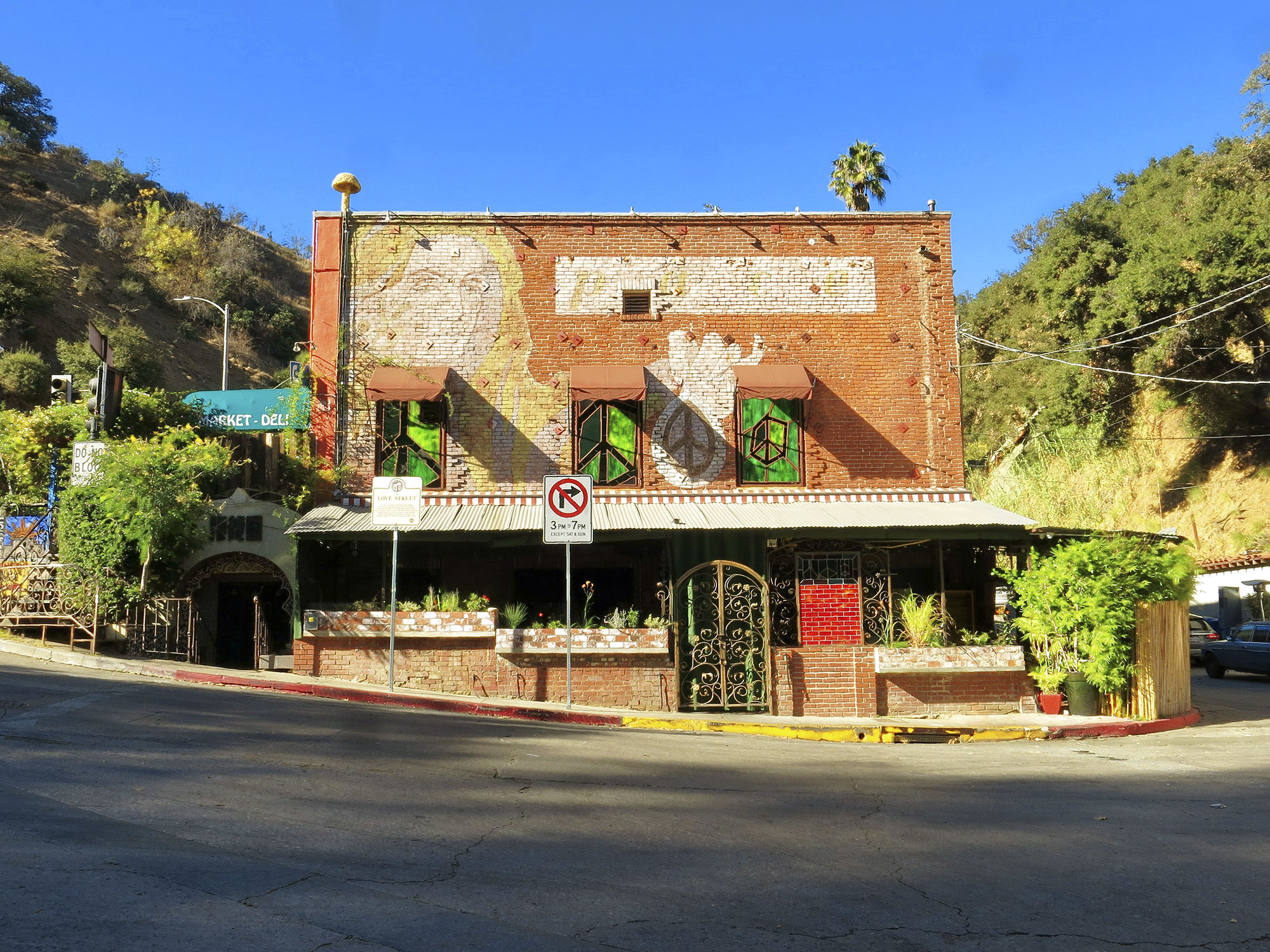 After his hike, Kovacik heads to the Canyon Country Store (2108 Laurel Canyon Blvd., 323.654.8091), beloved for its hippie vibe. “Find Lily at the coffee cart and you will have one of the best lattes you ever had,” he advises. “Get one of their great sandwiches, sit at the picnic tables with Jim Morrison’s house in the background, see your neighbors, and share the gossip of the hood. Laurel Canyon is not only steeped in music and culture, but there is such a creative force up there.”

The Hills are residential, so most shopping and dining requires a quick trip down the road. “On the Valley side, Maxwell Dog (11986 Ventura Blvd., 818.505.8411) has all your pet needs and special pet gifts, from bowls to collars to toys,” he says. Not far away, “there’s a great shop for women’s gifts called Hoity Toity (4381 Tujunga Ave., 818.766.2503), which is just the way it sounds.” Owner-designer Ann Booth Luly specializes in ornately detailed handmade clothing and bags inspired by bygone eras.

Heading down the Hollywood side, one of Kovacik’s favorite spots is Connie and Ted’s (8171 Santa Monica Blvd., 323.848.2722). “It’s like you’ve jumped into a seafood shack on Cape Cod. Order lobster rolls. On a weekend, I’ll sit at the bar, watch the football games, eat their homemade bread and crackers with house- smoked seafood dips— everything is phenomenal.”

For splendid sounds on a summer night, don’t miss the Hollywood Bowl (2301 N. Highland Ave., 323.850.2000). “Make friends with the right neighbors and you can hear the music coming over the hillside. You’ll see the gorgeous city lights, and you may see fireworks at the end of a performance.”