James Taylor, Sheryl Crow, Gary Clark Jr., Pat Benatar and St. Vincent are among the musical artists on the bill for the seventh annual Love Rocks NYC benefit concert for God’s Love We Deliver on Thursday, March 9 at the Beacon Theatre. Tickets for the marquee fundraising event will begin pre-sales through Ticketmaster on Thursday, January 26, before opening to the public the following day.

Williamson, who also serves as a member of the God’s Love We Deliver Board of Trustees, began working with the organization more than a decade ago before cofounding Love Rocks NYC. The event has raised more than $25 million to date, enabling God’s Love to prepare and home-deliver free medically tailored meals to people who are too sick to provide for themselves. 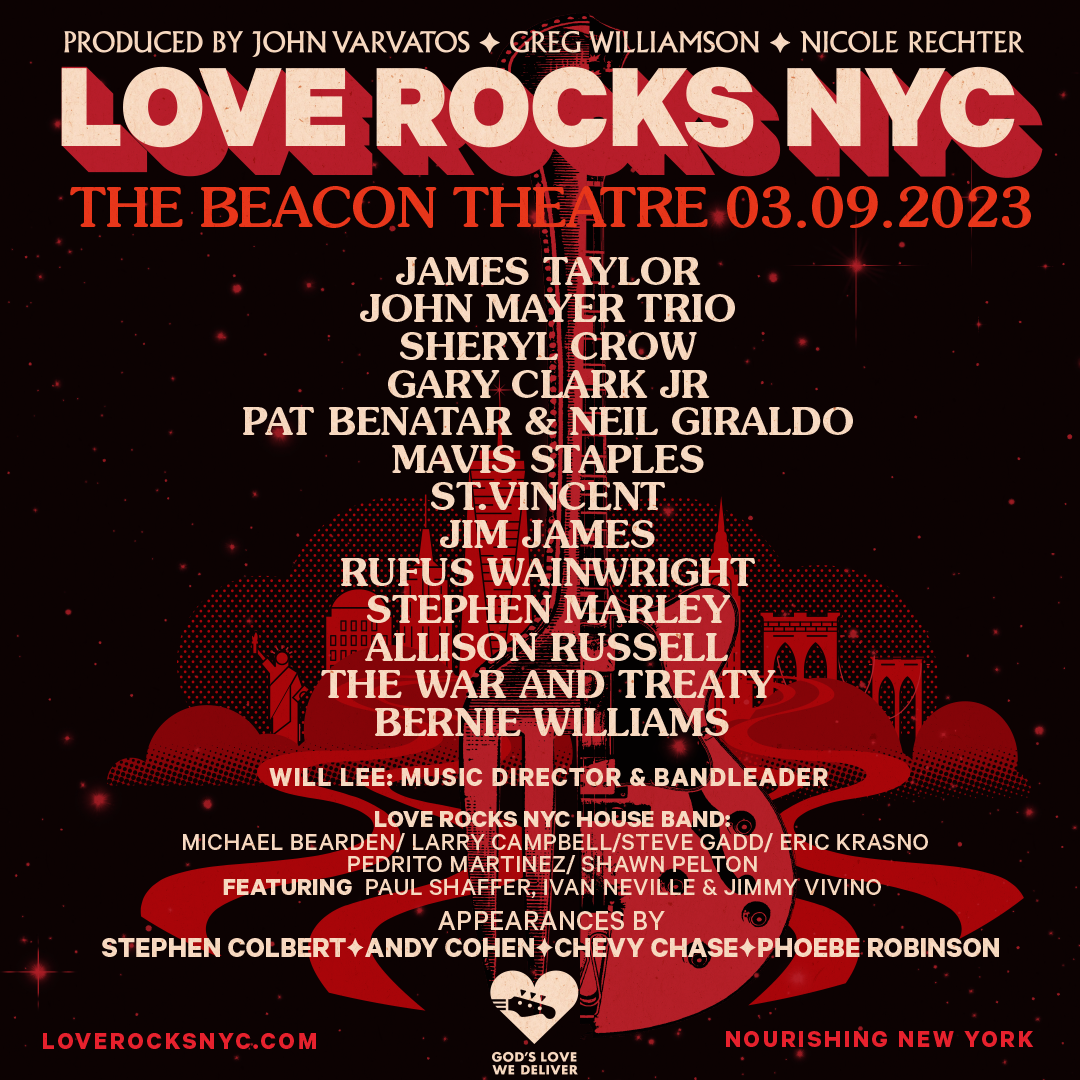