Douglas Elliman agent Lisa Jaeger is great at finding homes for people; but she may be even better at finding homes for rescued animals. Lisa’s success in real estate has expanded into the nonprofit world, where her wildlife rehabilitation organization, Jaeger’s Run Animal Rescue Inc., has rescued and relocated thousands of wildlife.

Elliman Insider caught up with Lisa to learn more about how real estate got her into animal rescue, how she balances the two and the tale of her famous bull rescue.

Elliman Insider: How did you get into the real estate industry and why did you choose Elliman?

Lisa: 20 years ago I was a retired police officer living off of my pension. I was a single mom and had a difficult time paying my bills, so I got into real estate because of my love for architecture. Why I chose Elliman? I was actually supposed to go to another local company in my town.

“After spending six months with the company I realized it was the best move I had ever made.” – Lisa Jaeger

After scoring the highest grade in my real estate class the instructor asked me what company I was going to. When I told him he suggested I go to Douglas Elliman (which was Prudential Long Island Realty at the time). He said I would get the best training in the industry. After spending six months with the company I realized it was the best move I had ever made. I’m glad he made the suggestion and I’m glad 20 years later I’m still here.

What made you start Jaeger’s Run Animal Rescue Inc.? Have you always been passionate about animals and wildlife rehabilitation? What’s your favorite part about what you do?

Actually, real estate is what made me start my rescue organization. After many years of working with vacant homes, short sales and bank owned properties I realized there was a serious need for cat rescue. I was putting a lock set on the back door for a bank owned property that we were getting ready to list and I picked up an injured kitten. It was extremely sick and emaciated. I wrapped him in a blanket and put him in an old dresser drawer that we were able to find at the house. Six years later and I am now a licensed wildlife rehabilitator. 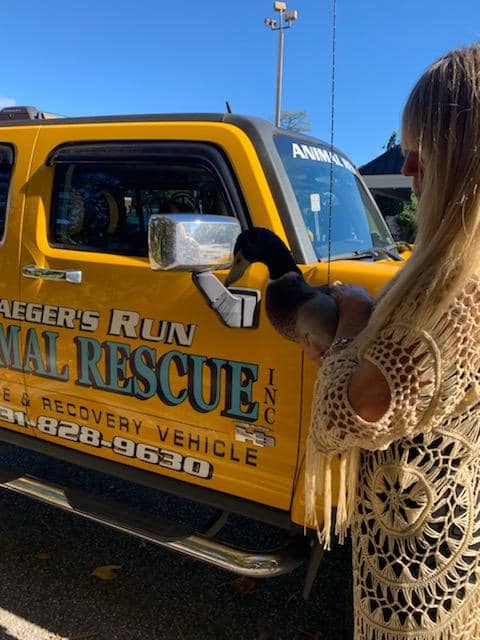 I work mostly with injured and sick deer. I also specialize in waterfowl such as ducks and swans. Most of my work involves rescue and transport. Foundations such as Sweetbriar Nature Center in Smithtown, the STAR Foundation in Middle Island and the Evelyn Alexander Wildlife Rescue Center in Hampton Bays call me when they have an injured or sick animal that needs to be picked up and transported to their center. I also work closely with the Suffolk County Police Department.

EI: Your Facebook features you healing all types of animals like owls, deer, chickens, cats, ducks, dogs, etc. Can you recall how many animals you’ve saved?

Lisa: I actually couldn’t even imagine how many animals I’ve saved. I would have to say probably thousands. In the past four years I can tell you that I’ve had over 100 live deer in the back of my truck that we have rehabilitated or humanely euthanized over the past four years. 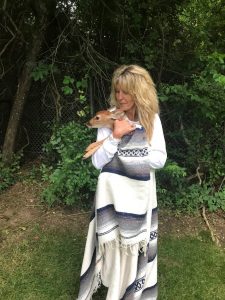 EI: Do you have any pets of your own?

Lisa: I actually do have three cats of my own. I also foster elderly cats and find them new homes. I also have two feral cats outside that I feed along with a family of raccoons that we rehabilitated and released on our property two years ago.

EI: There’s a heroic video of you rescuing a rooster from a tree. Can you share more about that?

Lisa: Actually it’s not very heroic (laughs). Roosters and Hens are almost impossible to catch because they are quick on their feet. What most people don’t know is that as soon as the sun goes down they do something called “ROOST”. Hens and Roosters don’t have very good eyesight at night and can’t protect themselves from predators so they roost in a tree high up to protect themselves until the sun comes up. When a rooster or chicken is roosting, you can actually walk right up to them and grab them. Much easier than running around chasing them. 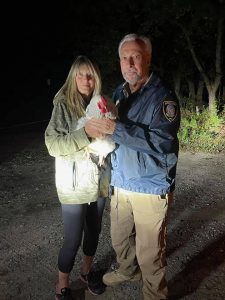 This rooster was dumped here by someone. The issues that we’re having is places sell baby chicks (6 minimum) and we don’t know if they’re hens or roosters. In some of the local townships roosters are illegal. This is why they are dumped. During COVID a lot of people decided to get their own chickens so they had their own free range eggs. Now that things are opening up again people don’t want to clean up after their chickens so they’re dumping them everywhere, hens and roosters. I find new placement for these abandoned animals.

EI: Are runaway farm animals common in Suffolk County, such as “Barney, the Mastic bull,” which we heard you raised over $2.4k utilizing social media. What’s the full story behind the bull?

Lisa: My rescue was actually part of the bull story. When the animal was slated to be slaughtered for a religious holiday. He broke free from his chains minutes before they slashed his throat. The owners of the bull agreed to let us rescue him and take him to a sanctuary. I was called into tranquilize in an emergency situation. It took us almost 3 1/2 months but we did catch him and he was transported to Skyland Animal Sanctuary in New Jersey. 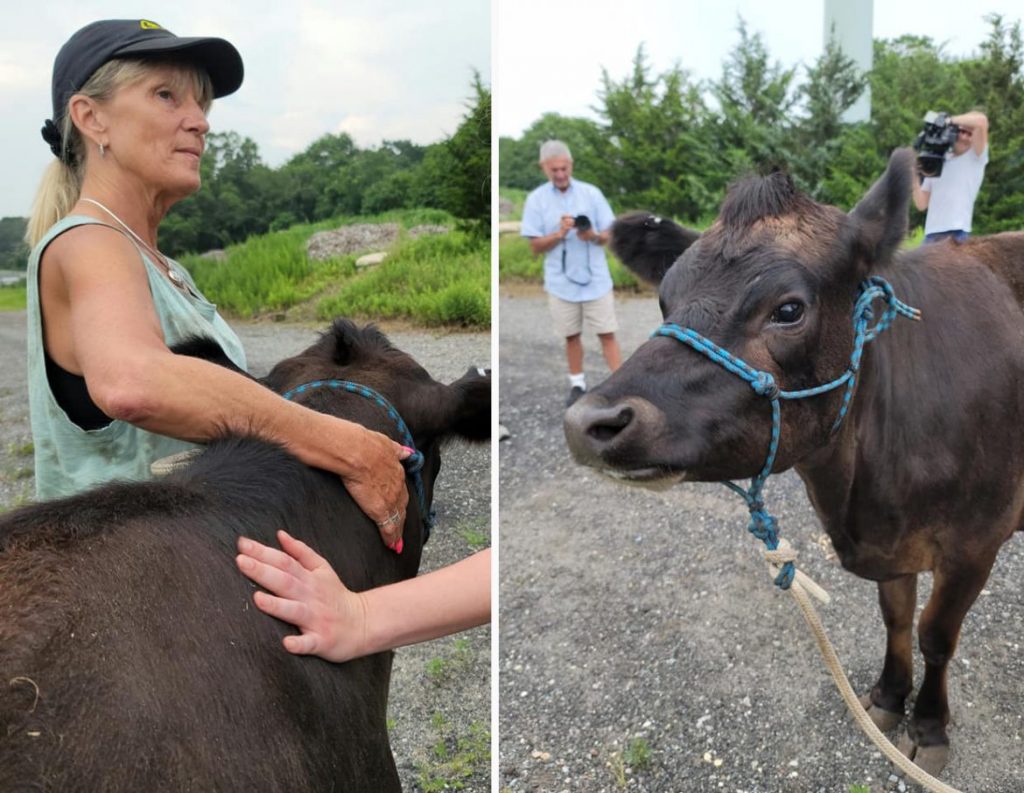 EI: How can the public help the cause?

Lisa: All of my time is volunteer but I am constantly in need of funding for food, equipment and veterinary bills. Most of my incoming donations are from people I’ve helped and private donors. I am planning on doing a fundraiser in the late spring 2022. Due to COVID we have not been able to do much fundraising.

I was quite honored to be the winner of the 2019 NYSAR community service award for my animal rescue efforts. Most of our work goes unnoticed. We’re not looking for recognition, fame or fortune. What we do is purely out of our love and concern for injured, sick and abandoned animals. I am grateful to have the type of job that allows me to be flexible. Yes we drive around in a fleet of yellow Hummers. These trucks have branded me for the past 16 years not only in real estate but in animal rescue. Actually I think our team is number 12 or 13 in the company now but that’s not bad out of approximately 7,000 agents. I’m happy with that!

Contact Lisa for all your real estate (or animal rescue) needs.