Many of us often daydream how we will spend our golden years in retirement. Few of us ponder what we will do when we retire in our 30s.

But that’s the reality for professional NBA players, where the average career spans about five years. It’s also why two current players — Derrick Favors of the Utah Jazz and Malcolm Miller of the Toronto Raptors — recently shadowed Douglas Elliman executives and top brokers in New York as part of the NBA’s Career Crossover Program offering NBA professionals the opportunity to experience various industries (technology, finance, real estate and more) during the offseason to sharpen their skills and help them prepare for life after the NBA.

“I wish I had these opportunities when I was still playing.”

“They can be anywhere, but they chose to be here,” Stacey Lovelace, a Director of Player Development at the NBA G League, told a gathering of Elliman’s Sports & Entertainment Division members who also met with the players. “We work with Google and lots of big companies but they wanted to be here to see how real estate could play a role in their future,” she said.

Over three days in June, Favors, a nine-year veteran, and Miller, entering his fourth season, met with Elliman’s top executives to get a sense for how the business operates and visited a variety of unique new development projects including 125 Greenwich, 49 Chambers, 432 Park Avenue, 246 Front Street, 18 Frick Drive and more.

For Miller, a 25-year old Point Guard originally from the D.C. area, real estate is in his blood.

“I grew up around it because my father owned properties,” Miller explained. As a kid he would help his father fix things up and run the office.

Miller said he was at Douglas Elliman hoping to learn how to keep an eye out for a good deal and make a smart investment.

Favors, who bought his mother a home with his first big NBA paycheck, said he had some experience in real estate but wanted to learn more.

If Favors is considering real estate sales as his second-act career there are successful parallels; consider Jonathan Aka.

“I played for over ten years and, like you, I wondered what I would do when it was all over,” Aka, who played professionally in Europe and is a member of Elliman’s Sports & Entertainment Division, told Favors. “Now I try to apply the same work ethic into real estate and it has been a great experience. I get the same excitement now from closing a deal that I used to get from hitting a big shot.” 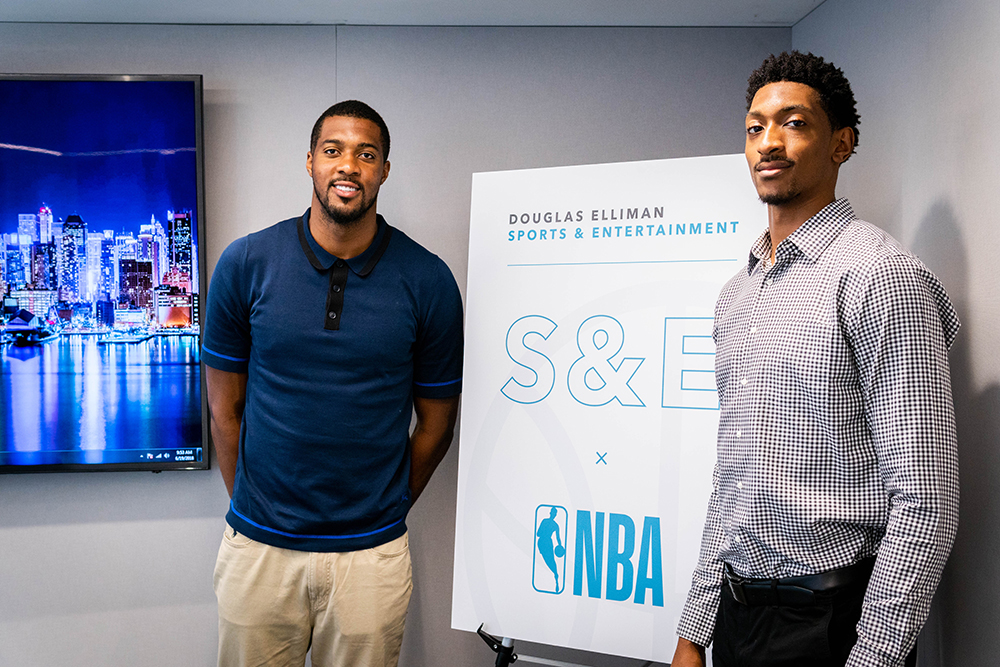 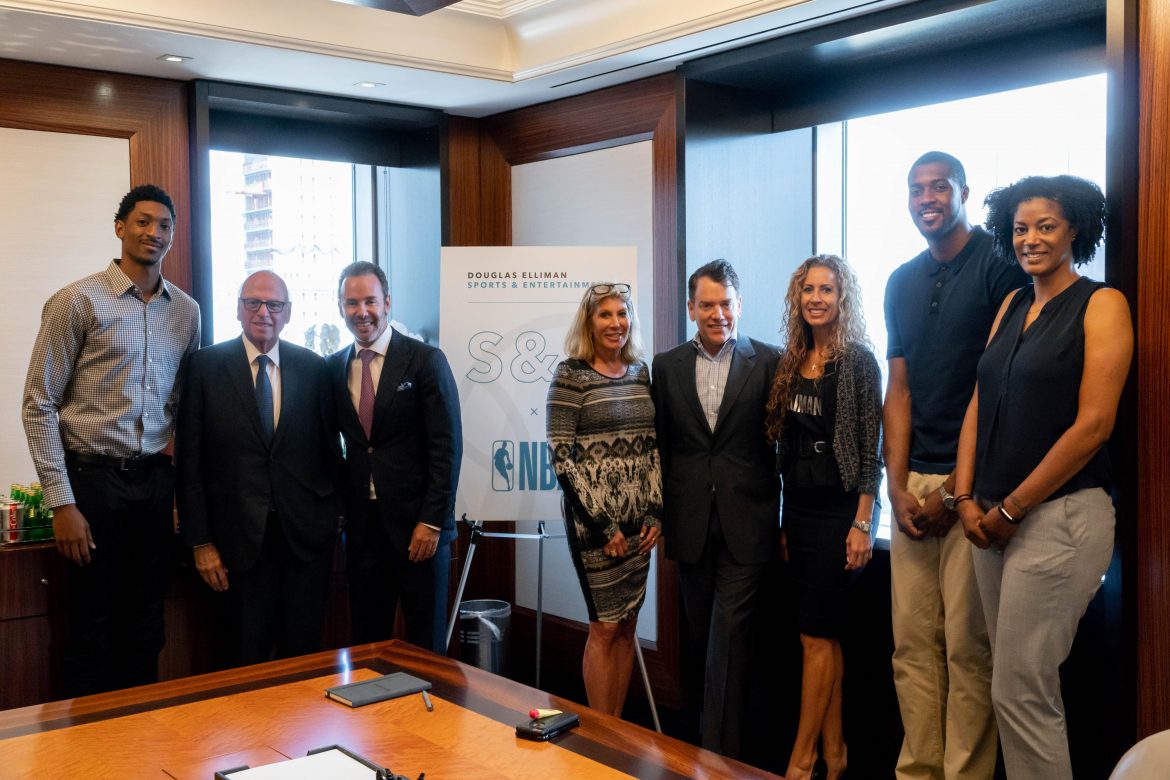 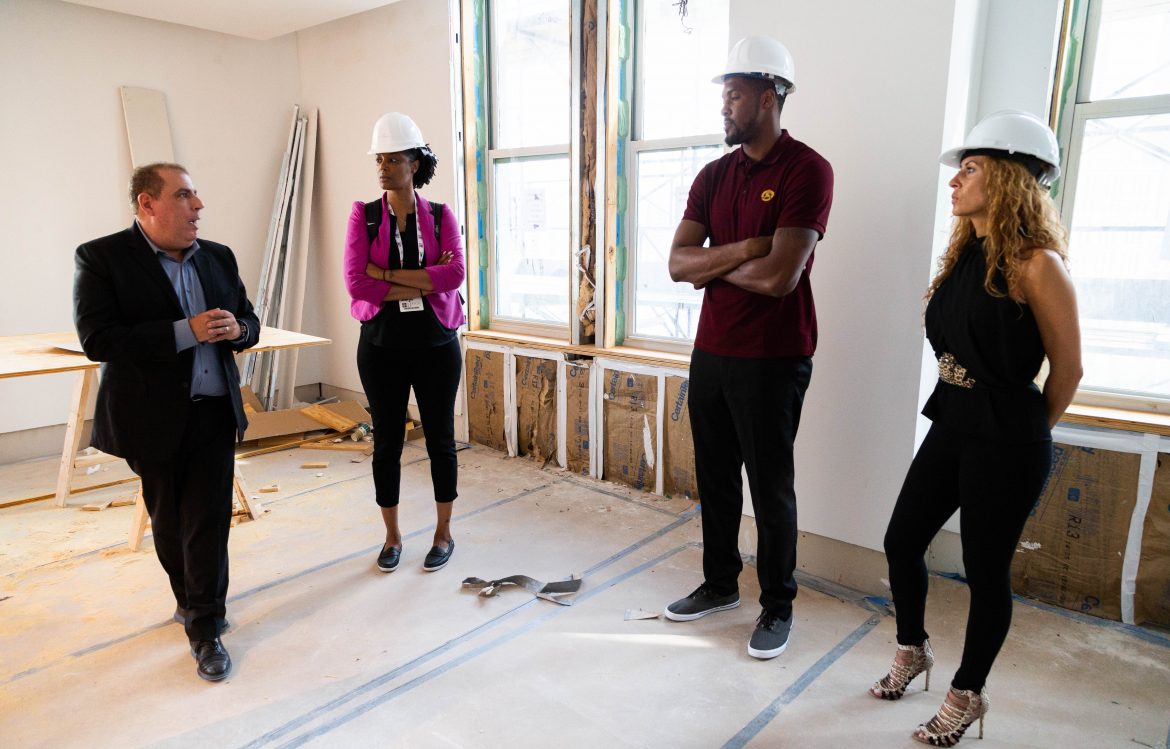 Andrew Azoulay provides a tour of 49 Chambers for the NBA Career Crossover group. 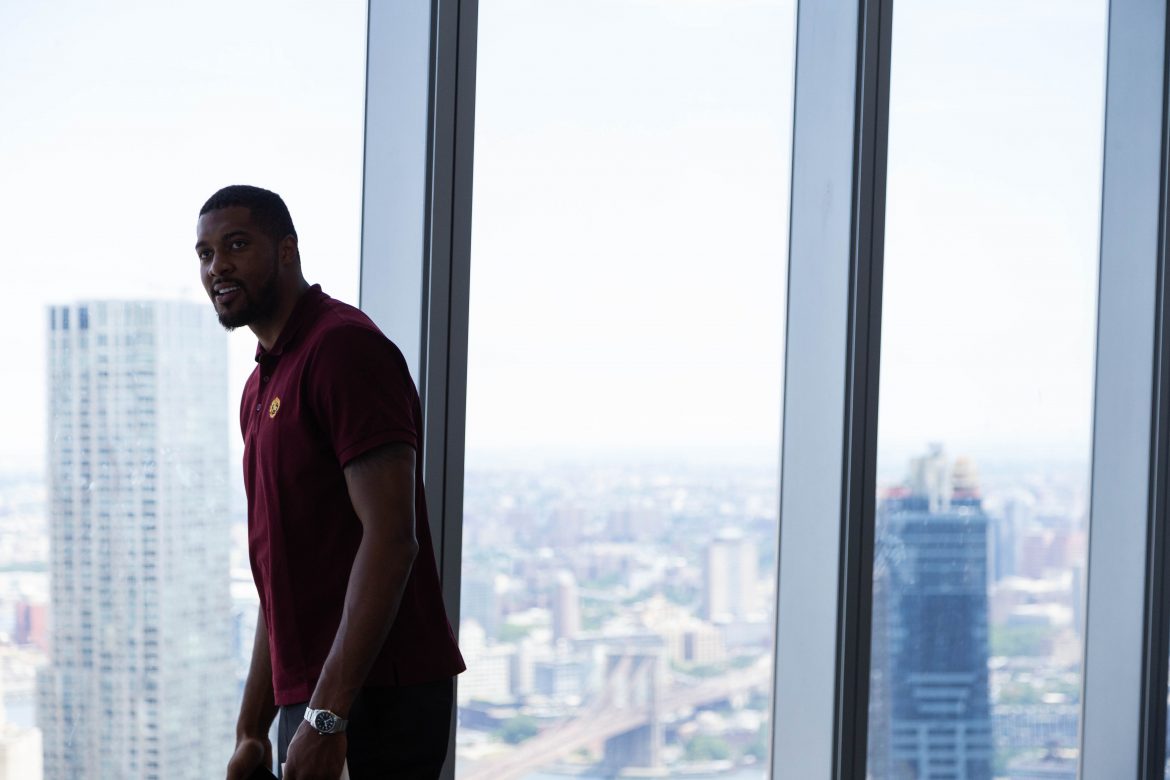 Derrick Favors taking in the view from the sales gallery for 125 Greenwich at One World Trade. 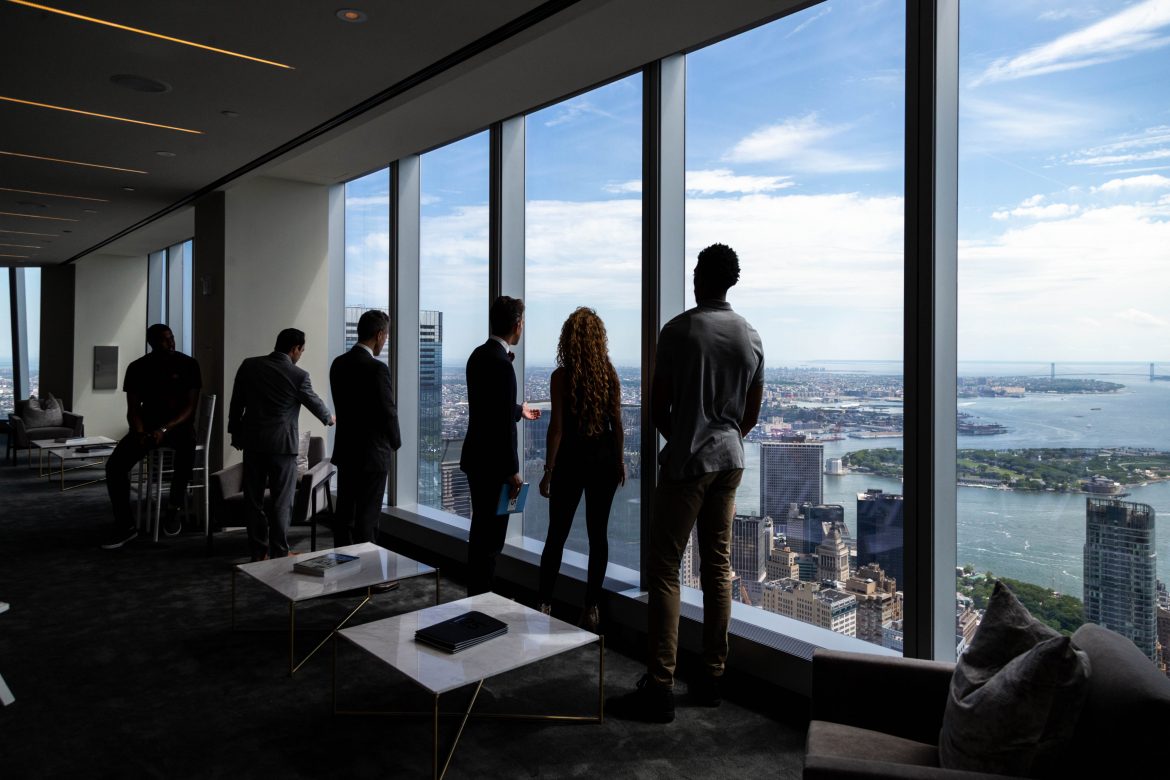 Agents Tom Postilio and Mickey Conlon provided a tour of the sales gallery for 125 Greenwich Street, located on the 84th floor of the One World Trade Center. 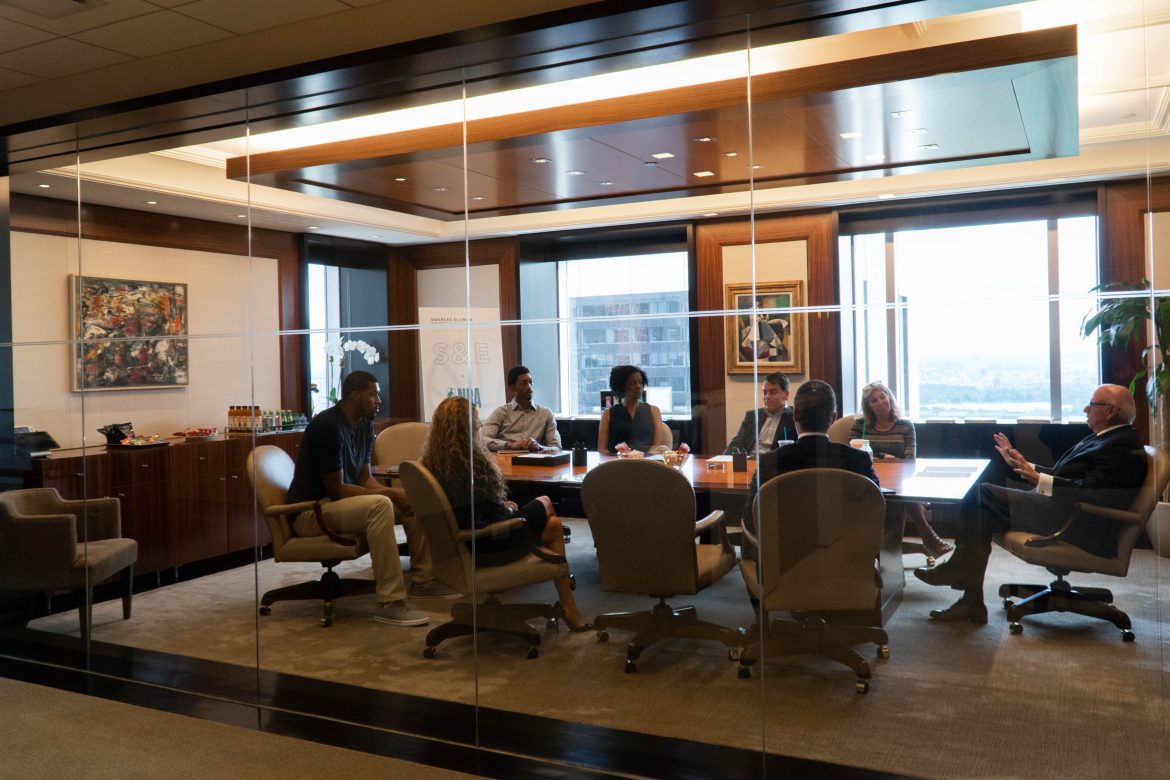 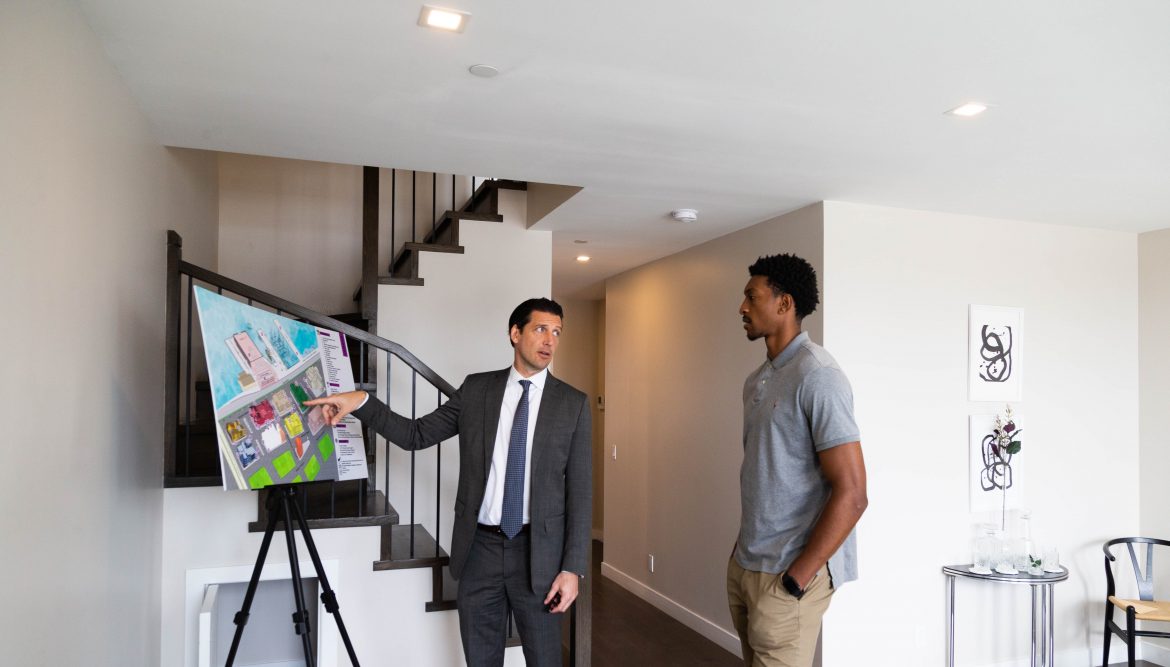 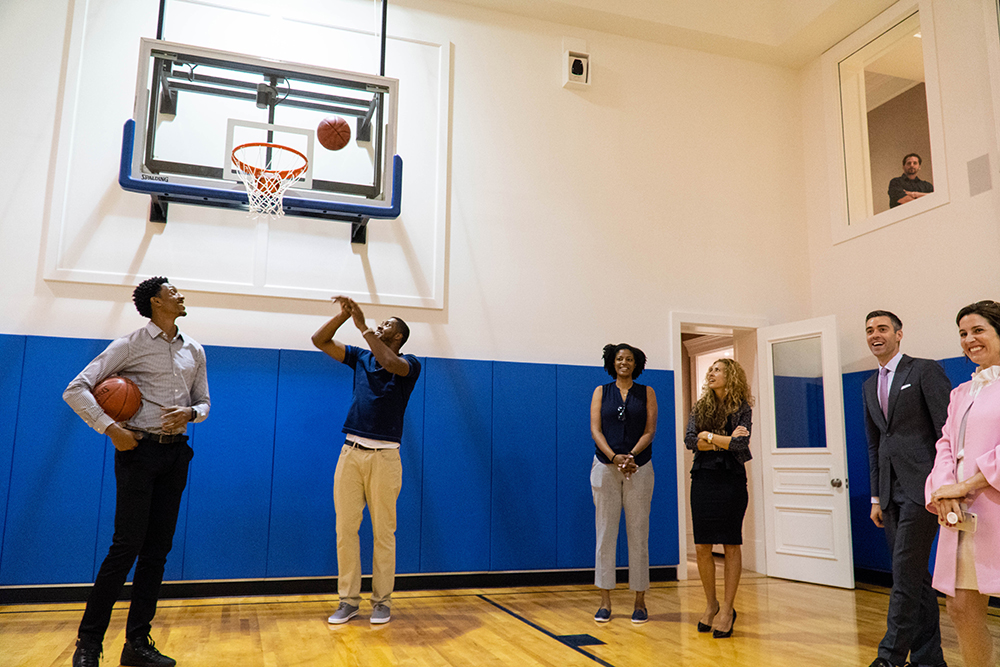 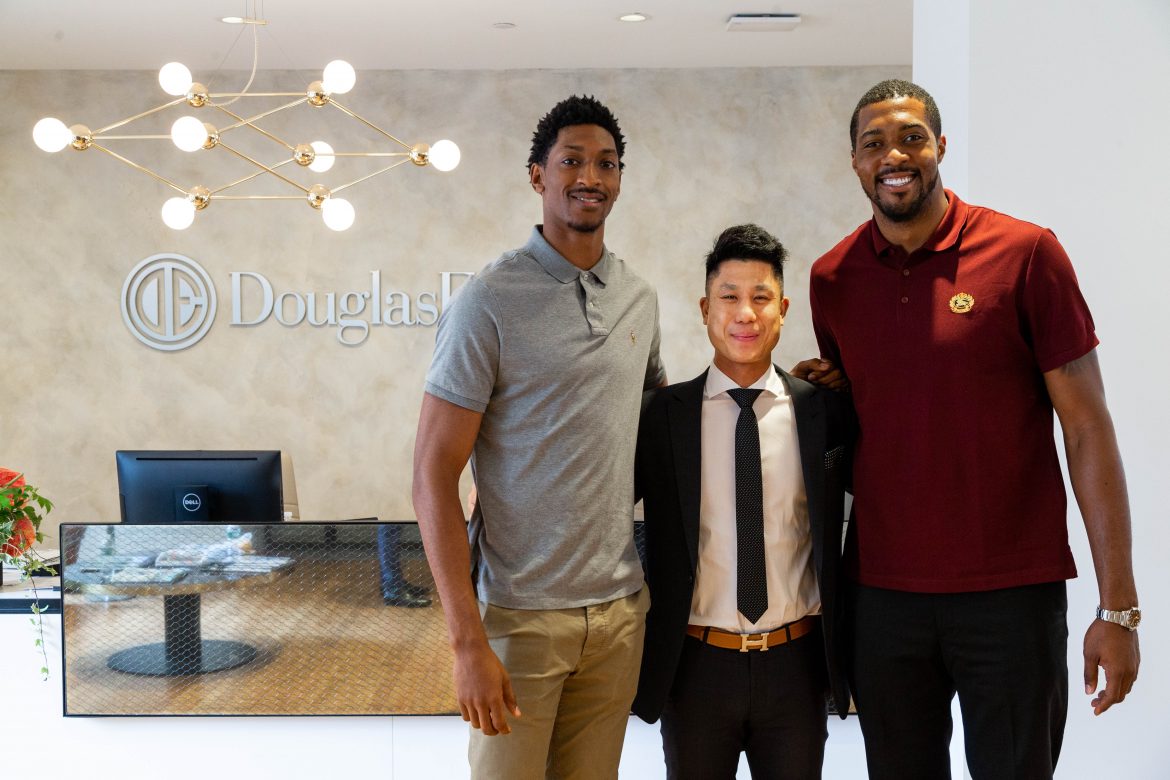 Miller and Favors met with Ace Watansuparp, Executive Vice President of Citizens bank, at Elliman’s newest downtown office at 111 Fifth Avenue to cover the details to consider when financing a real estate project. 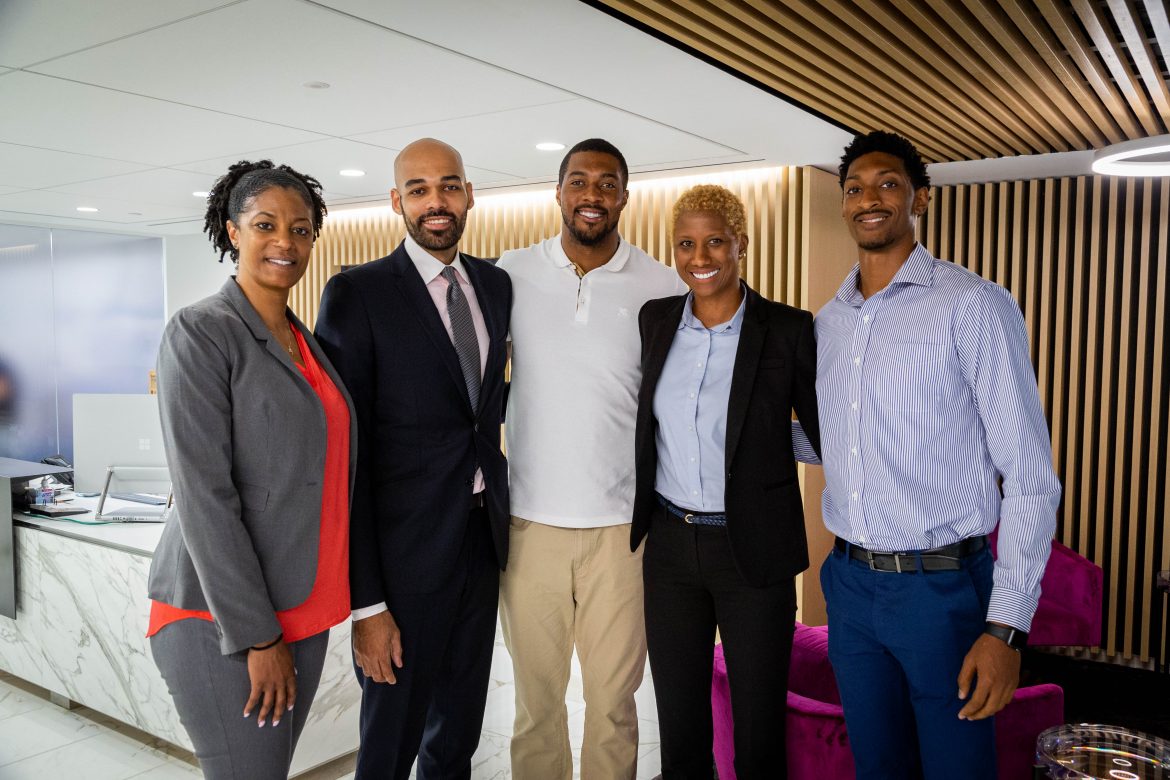 The NBA Career Crossover group met with the Douglas Elliman Sports & Entertainment Division, including Jonathan Aka (second from left), a former basketball professional who has successfully transitioned into a real estate career with Elliman.

Lovelace, who played professionally for 14 seasons in the WNBA and Europe, said the skills the players pick up during these programs are priceless.

“I wish I had these opportunities when I was still playing.”

This is the second year Douglas Elliman has participated in the NBA Career Crossover program and it will continue the program with Douglas Elliman in Florida this summer.

Click to find out more about the Douglas Elliman Sports & Entertainment Division.