One of the highest points in Greenwich draws experts and beginner bird-watchers.

I am standing with about 10 people, all peering anxiously through binoculars into the trees, trying to spot . . . something. Ryan MacLean, who is leading our bird-watching walk at the Greenwich Audubon, left us guessing. He just dashed back to his car, saying we’re in for a treat and instructing us to be quiet and still. A few minutes later, he returns with a spotting scope and a tripod, aiming it at a tall, distant pine tree. We take turns looking through the scope. And I see nothing. But I don’t want to admit it.

“It’s not uncommon to see thousands of hawks in a single day,”

“You’re looking for a brown blob,” one of the other participants says. This is surprisingly helpful, as I notice precisely that through the lens, behind a waving branch. A second later, the blob turns its head, and a barred owl is staring right at me. Instantly, I’m hooked.

The barred owl’s hooting call had attracted the group’s attention earlier in the walk, and MacLean, a staffer who has been a regular at the Greenwich Audubon since he was 12 years old, knew what type of tree it might be lurking in. (For those concerned with semantics, selfdescribed “birders” go out looking for specific types of birds—sometimes as obsessively as the characters in the movie The Big Year—while more casual “bird-watchers” simply enjoy looking at different types of birds.) Another clue to spotting the owl, MacLean explains, could be a group of squawking blue jays, which often gather to annoy a predator until it finds another place to roost.

Barred owls are year-round residents in this part of Connecticut, one of hundreds of bird species that stay or pass through Audubon Greenwich, the oldest Audubon preserve in the U.S. The 285-acre main sanctuary, one of seven in Greenwich, is a particularly good place for bird-watching, with a range of ecosystems, from apple orchards to vernal pools. 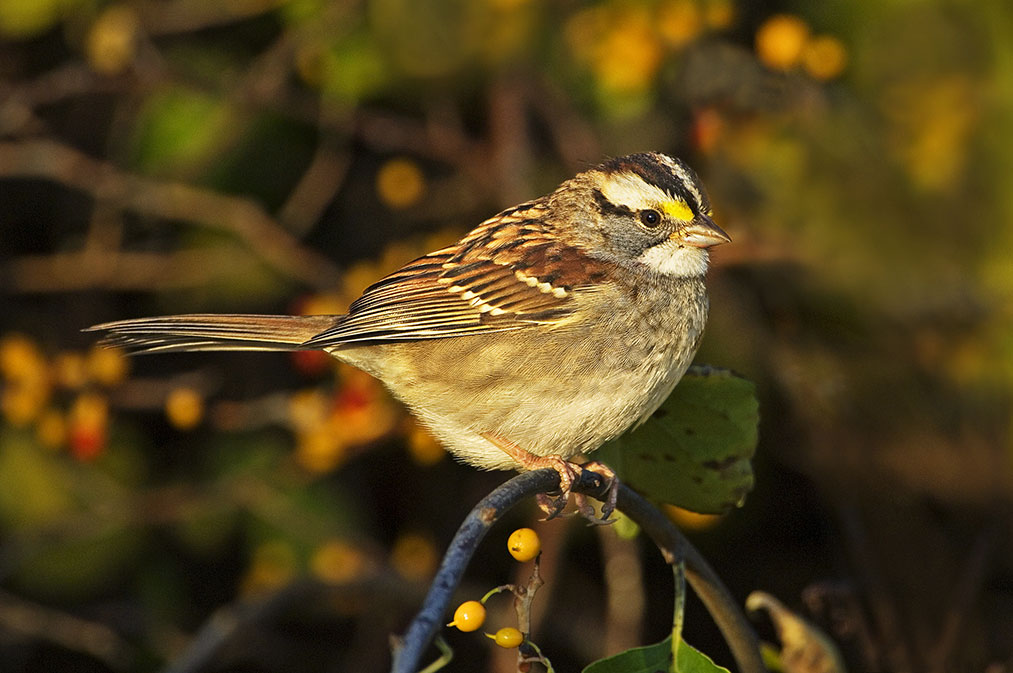 “Many birds are habitat specialists,” says Ted Gilman, education specialist and senior naturalist at Audubon Greenwich. For example, white-throated sparrows favor shrubby thickets, while swamp sparrows can be found in the orchard. The more than seven miles of trails at the main sanctuary wind past meadows, a lake, streams, thickets, and hardwood forest, offering opportunities to see everything from wood ducks to bald eagles.

Delights abound in all seasons, but fall offers a special attraction for bird enthusiasts. The sanctuary’s visitor center sits at Quaker Ridge, one of the official hawk-counting locations across the country that tally raptor species, providing data to scientists working to gauge the health of the raptor populations.

At 510 feet in elevation, Quaker Ridge is one of the highest points in Greenwich. The Long Island Sound is just a few miles east, and the Taconic Mountain Range is to the west, causing raptors headed south for the winter to bottleneck over Hawk Watch Lawn—next to the visitor center parking lot. Sometimes thousands of raptors fly over the ridge in one day; more than 20,000 do so every year.

“A lot of hawk watches can be strenuous,” notes MacLean, explaining that the sites are often up mountains, requiring a long hike to reach an optimal location. By contrast, this one is easy to access. “Even someone in a wheelchair could participate here,” he says. 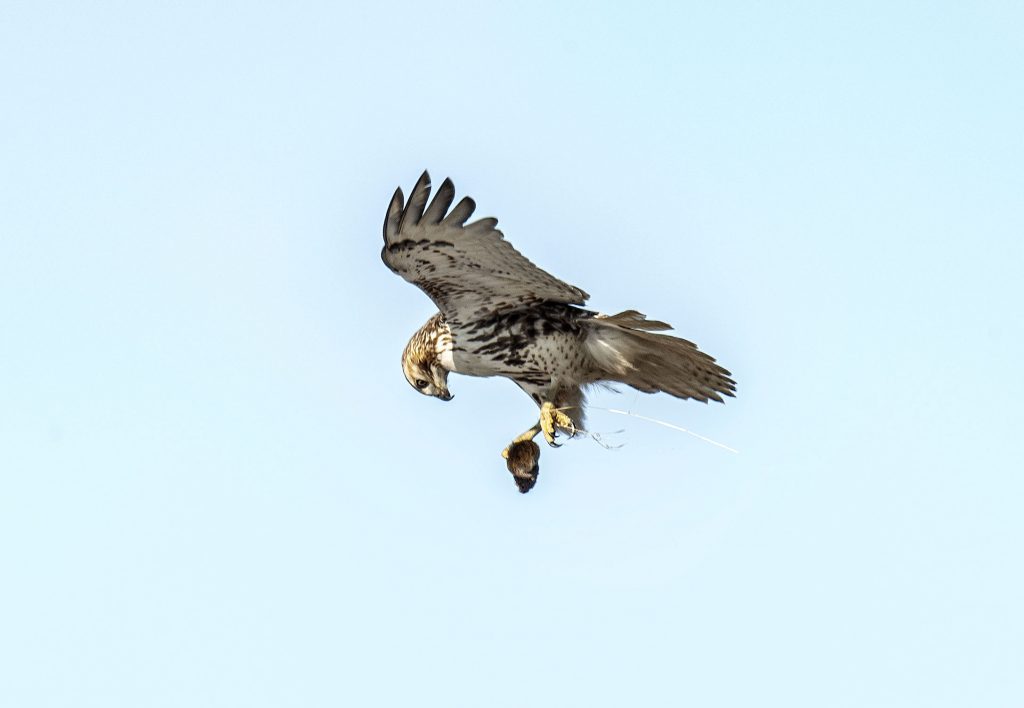 Indeed, the broad green lawn, dotted with Adirondack chairs, invites a relaxing afternoon with friends and perhaps a picnic. MacLean, who has been Audubon Greenwich’s official counter for five years, says that’s exactly what happens at the annual Hawk Watch—big groups gather each year to scan the skies. No experience is necessary: With so many potential birds flying by at once, just having someone point out a bird to a volunteer who can then identify it is helpful.

While southern migration can start as early as July, the Hawk Watch officially starts at the end of August and can stretch into late October or early November, as myriad species of eagles, hawks, and falcons pass overhead.

“It’s a parade of species,” says MacLean, explaining that the farther south a bird has to fly to find its preferred food source, the earlier in the season it leaves.

Many of the raptors catch thermal breezes way up high, appearing as small dots in the sky. Perfect conditions sometimes push them down closer, but binoculars are the best way to make the experience of watching all those birds passing overhead enjoyable.

“It’s not uncommon to see thousands of hawks in a single day,” Gilman says, noting that the raptors won’t fly in bad weather, which can cause a backup until the skies turn sunny—something the staff is usually able to predict ahead of time.

The sight of a sky filled with hawks is thrilling, even for Gilman, who has been at the Greenwich Audubon for 42 years. “This activity may be habit forming,” he cautions. “My mother parked my playpen by a window with a birdfeeder outside when I was one and a half, and I’ve never looked back.”

Find your next home in Connecticut today.