The three-day December 2021 fair allowed 60,000 guests to observe work from 253 international galleries and to witness the birth of important trends, from increased diversity in gallery representation to waves of thought- provoking pieces that triggered worldwide discourse. Art Basel Miami Beach 2022, December 1–3, promises to bring equally compelling developments to the forefront. Elliman asked experts what buzzworthy new approaches and emerging movements they’re most excited about now—and how art lovers can best tap into them at the annual extravaganza. 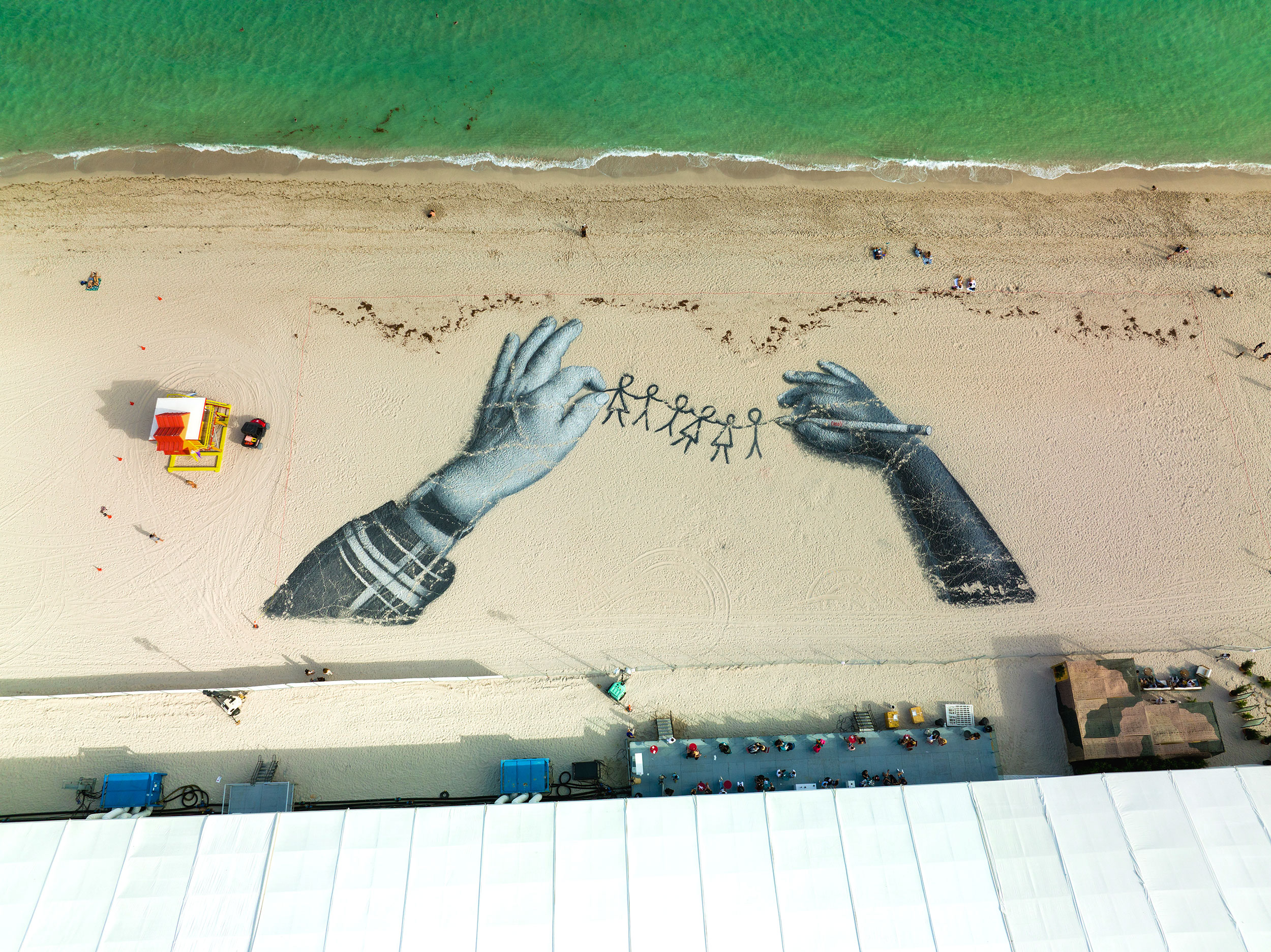 1. EMPHASIS ON SOCIAL AND POLITICAL ART

“I expect to see work that grapples with the social and political issues of today, from climate change to reproductive rights,” Ariel Adkins, global curator of art, culture, and community at Twitter, says of Art Basel Miami Beach. Adkins is also the founder of the Artfully Awear Instagram account and an art- world fixture known for drawing inspiration from famous paintings to create unique elements of her own wardrobe. “Artists have a way of challenging the status quo, and even work that was created decades ago finds relevance in the wake of current events,” she adds. This continued trend will be detectable in works throughout many booths in the fair.

Curator and art historian Roger Gastman, founder of the pioneering Beyond the Streets exhibition, says that “Art Basel Miami Beach this year is likely to have a ton of purchasers buying into the hype of pieces, rather than focusing on long-term value and their personal art interests.” Sales numbers are announced frequently, especially for headline-worthy transactions, and many art magazines are quick to report on this. Gastman offers the following advice: “Buy what you love—not what others are hyping up—and make sure you look better than the person next to you doing it. It’s Miami after all.” 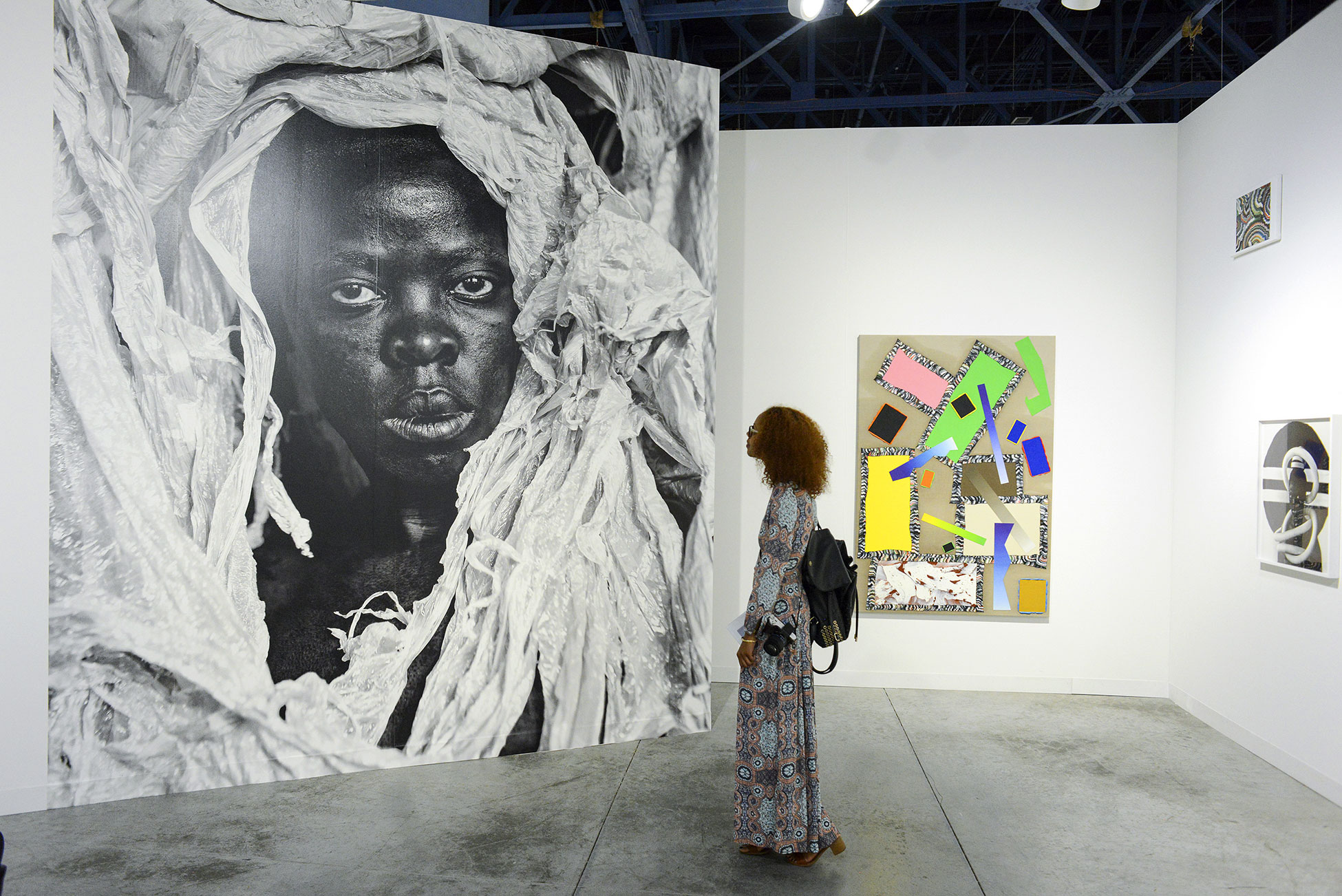 3. THE VALUE OF NOVELTY

“Collectors want a mix of novelty and consistency,” says Bill Powers, founder of Half Gallery in New York City. In 2021, Half Gallery eschewed the fair in favor of an art pop-up in Biscayne Bay’s Historic Stiltsville that became one of the most talked-about events of Miami Art Week. Accessible only by boat, the exhibition tapped into the aura of the unexpected locale, composed of abandoned structures built on pylons in the middle of the bay. “Look for more outrageous performances and a move toward safer blue-chip artists. [Ivorian-American artist] Monsieur Zohore is a great example.”

“There has been a lot of divisive talk about the trend of young artists showing with major galleries, [but] the new breakout cohort will be prominently featured with mostly very strong work,” says Dan Palmer, the chief curator at the SCAD (Savannah College of Art and Design) Museum of Art. “They may be young, but many of these artists are hardworking and determined to make a significant contribution. I think quite a few of them will take the opportunity to show that the attention is well deserved and that they are here to stay.” SCAD hosts an annual Art Basel Miami Beach breakfast, which introduces some of their alumni to journalists and collectors. The institution also makes a tremendous effort to support artists who have gone through their programs. 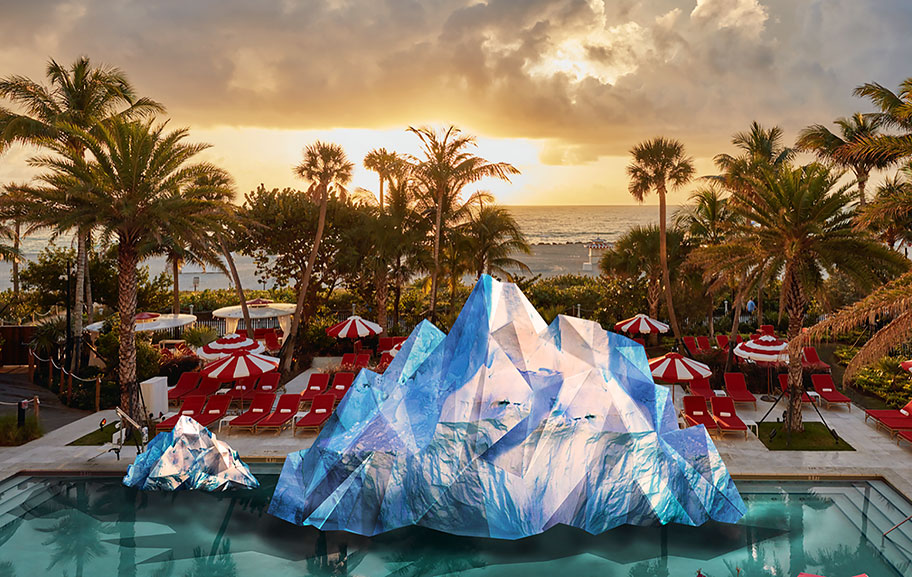 Carlos Betancourt created What Lies Beneath: Tipping Point as an NFT with Studio Brasch and as an immersive iceberg installation at the Faena Hotel’s pool for Art Basel Miami Beach in 2021. (PHOTO: CARLOS BETANCOURT STUDIO)

With all the volatility surrounding cryptocurrency and NFTs, neither has gone away and both are here to stay. “There will be a few standout NFT projects on display that move beyond tokenizing generative or existing art and point to the potential of what can be done with art that leverages the unique affordances of blockchain,” says Josh Goldblum, co-founder of Artwrld, an artist-driven NFT platform that launched this past summer and aims to inspire as it advances ideas around web3. “There will also likely be a more rigorous discourse of what constitutes good NFT art and less pressure to jump in to speculate based on FOMO or hype,” Goldblum adds. 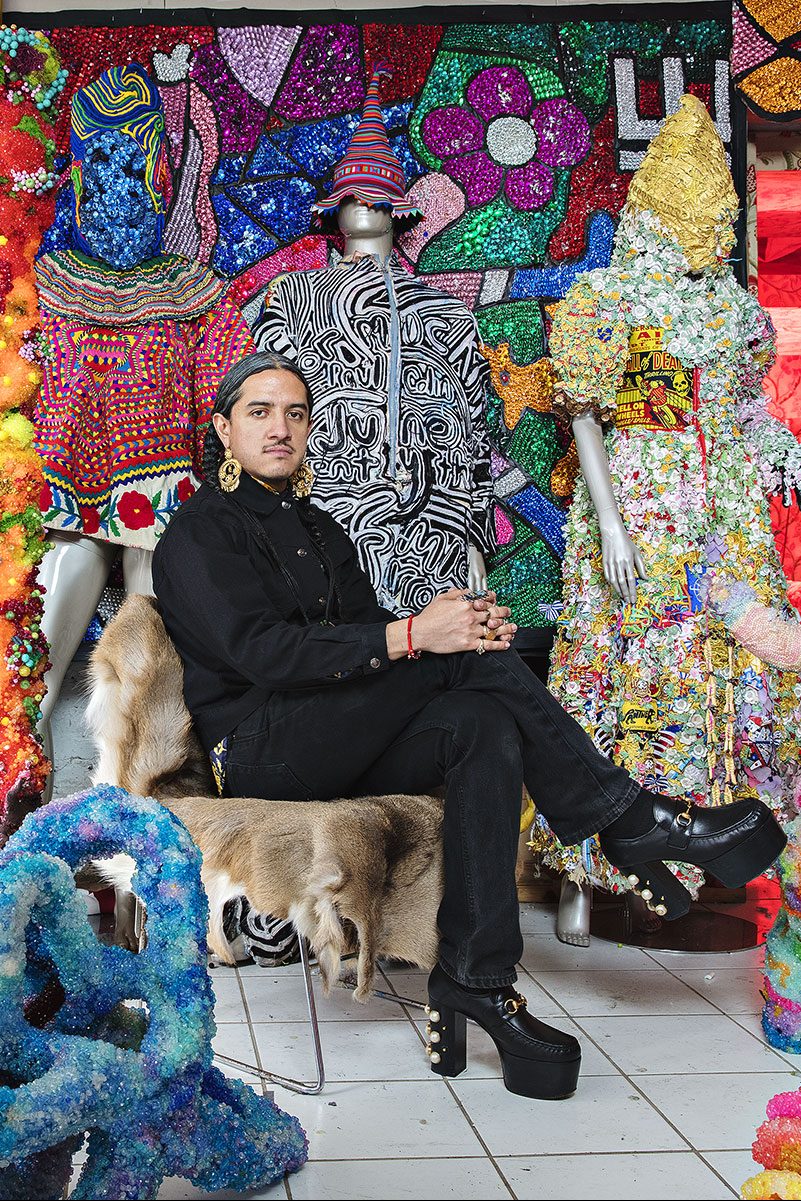 Mexican-born artist and performer Raúl de Nieves, surrounded by his work, has gained acclaim in both art and fashion circles. (PHOTO: FLOTO + WARNER) 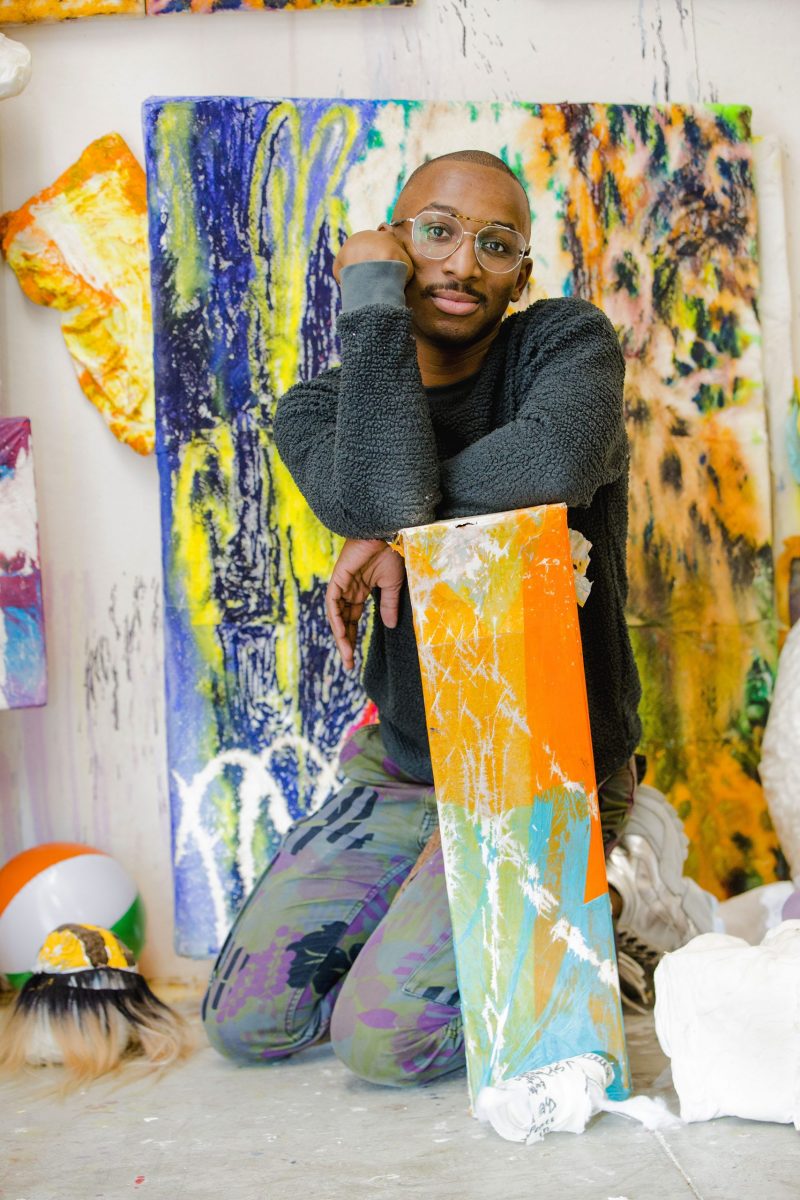 Hotels play an increasingly influential role in Art Basel Miami Beach, from hosting after- parties to unveiling their own collections and curation. Ronit Neuman, owner of The Ritz-Carlton, South Beach, says, “Since there is no ceiling to creativity and imagination; art can exist in all that we create.” Neuman expects the future of art to occasionally involve the convergence of artists and brands. “In the past few years, more and more iconic luxury brands and artists representing different industries, including fashion designers, have expanded their artistic talents into different mediums such as home furnishings and the architectural world.” This means looking beyond major art fairs and into the unexpected. The Ritz-Carlton, South Beach, for instance, is curating an exhibition in collaboration with Miami artist Eric Goldberg and the Miami Philharmonic Orchestra that will feature 3-D instruments. 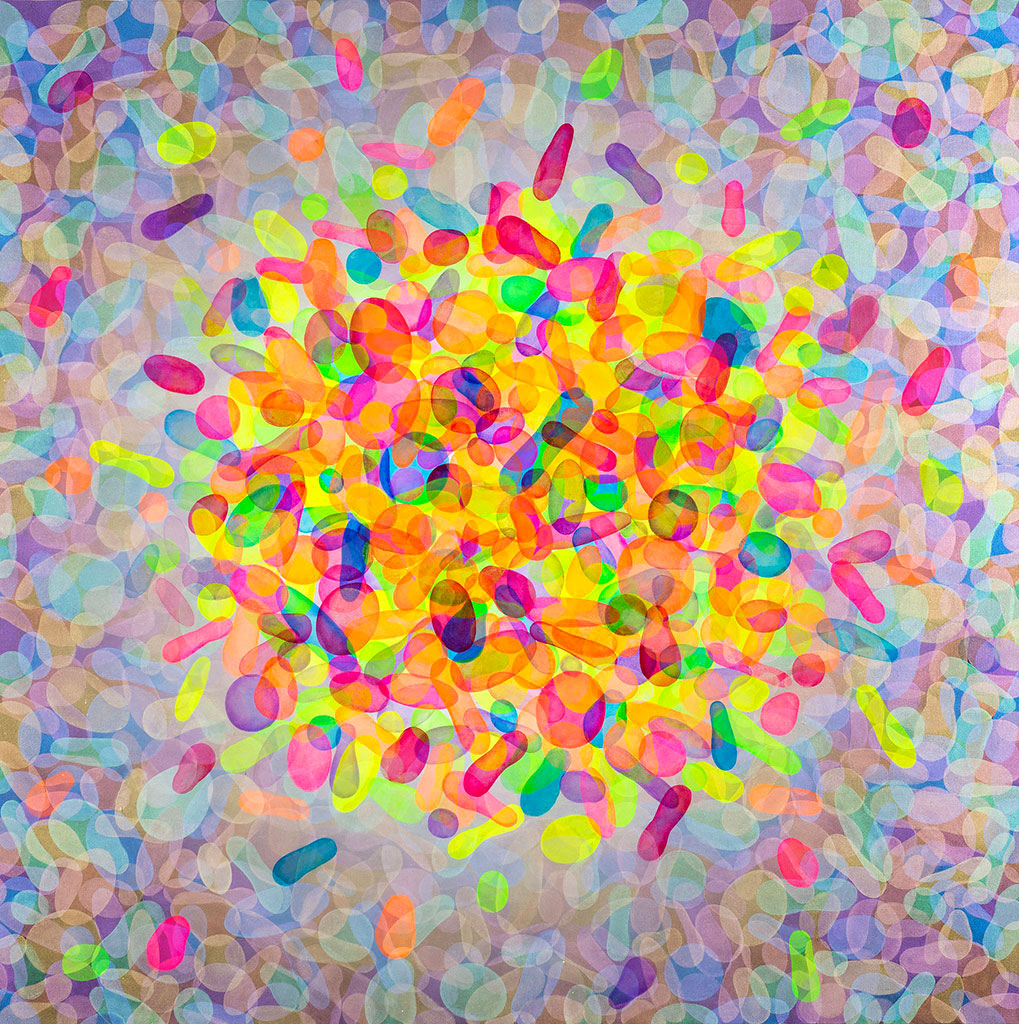 'Point Nemo' by Huang Yuxing will be on display through the Almine Rech Gallery at Art Basel Miami Beach 2022.(PHOTO: HUANG YUXING/ALMINE RECH)

French art gallerist Almine Rech Ruiz-Picasso, founder of the eponymous international gallery (with locations in New York, London, Paris, and Shanghai, among other cities), says, “It’s a high-end Miami trend for collectors to open private art centers to exhibit personal collections and a mix of other programming.” Such private institutions give new viewing life to works that many in the art world fear would have been squirreled away in a collection and unseen for decades, says Ruiz-Picasso, whose gallery, Almine Rech, participates in Art Basel Miami Beach and whose position allows her to learn of private art centers well in advance.