When building a home for his family on Long Island’s North Fork, Wayne Turett decided to lead by example.

Founder and principal of The Turett Collaborative, an award-winning architecture and interior design firm, Turett is often called upon to craft environmentally friendly homes for his clients.

So, after three years of research, he put his LEED (Leadership in Energy and Environmental Design) credentials to work on his own home. The result? A residence that combines luxury, beauty, and sustainability in an airy, modern interior reminiscent of an urban loft hidden behind a simple, barn-like facade. 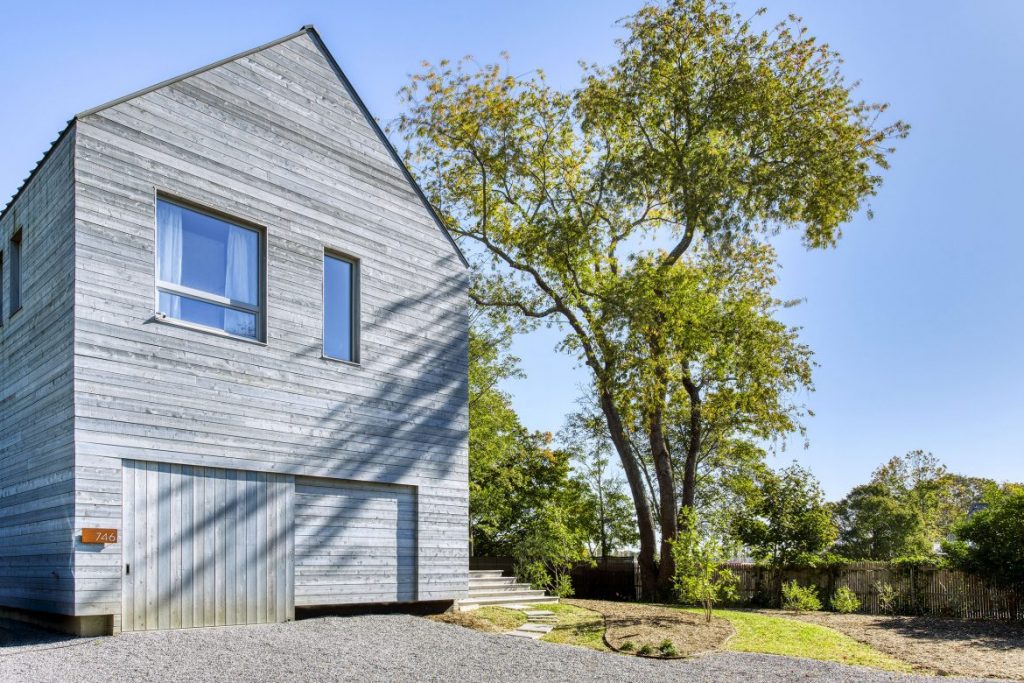 “I’ve been interested in energy efficiency for most of my career,” Turett says, noting that he drew inspiration from a stay at a friend’s “Passive House”—a moniker for a home designed to maintain comfortable temperatures year-round without fossil-fuel-based heating systems or energy intensive air conditioning units.

“I don’t think there were any sacrifices,” Turett says of his green home. “There are plenty of windows, lots of light, fresh air, and a quiet interior.”

Turett loves the passive-home concept, because once you build it, “you are helping to cut down on greenhouse gases, and saving energy and money.” Though insulation seals out drafts, the emphasis is on air circulation. “Even with the windows closed, the air is fresh,” he says.

An ERV (energy recovery ventilator) constantly exchanges air from the bathrooms and kitchen for fresh air outside. Air quality is further improved by induction burners (rather than a gas range) in the kitchen, which is located on the second floor along with other main living spaces to take advantage of expansive water views.

Because Turett built the house himself, acting as his own construction manager, unpacking took on a whole new meaning. “I built the kitchen from a kit of parts,” he says. “Once I finished that, it felt more like home.”

While the house was the result of careful research and planning, there was one thing Turett didn’t prepare for—relocating his family and business there during the pandemic. “It wasn’t designed to allow six people to work simultaneously, but it adapted well,” he says, noting that he and his wife, their two kids, and his two partners each got their own makeshift workspace.

Although space was at a premium during quarantine, Turett didn’t forfeit anything to build his dream home, which consumes 90 percent less energy than similar properties. “I don’t think there were any sacrifices,” he says. “There are plenty of windows, lots of light, fresh air, and a quiet interior.”

Find your next home on Long Island’s North Fork.