Although consumers have access to more housing information than ever before, they are demanding additional insights into the markets they select. These charts represent just a sampling of ways we analyze the regional markets served by Douglas Elliman. 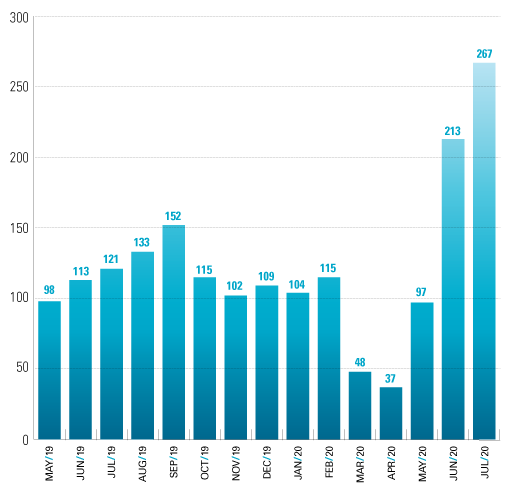 After “shelter-in-place” rules went into effect in New York City in mid-March and virtual commuting became a reality overnight, the Hamptons transitioned from a second-home market to a “co-primary” market. Consumers saw these homes as nearly equivalent to their city dwellings and planned on spending more time in them. 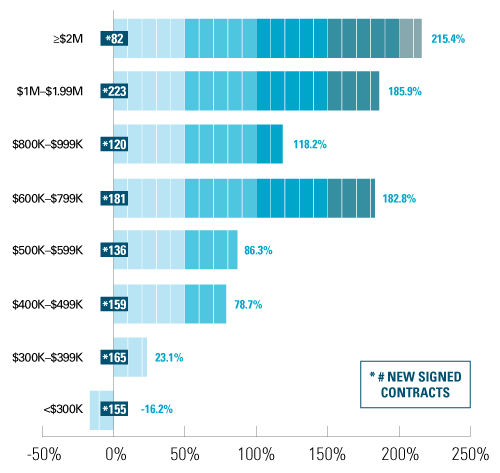 2. The Top of the Fairfield County, CT, Market Showed the Most Gain in New Signed Contracts

Fairfield County, Connecticut, answered the call when “shelter-in-place” rules began in early spring. Demand shifted sharply to the higher-end market as technology reduced reliance on commuting time. Year-over-year gains in new signed contracts were significantly higher at the top of the market.

3. SALT Impact—Five Florida Counties That Saw Their New Signed Contracts for Condos Double in One Year

The five counties we track in Florida were a lot more active than last year, by about twice as much on average. Palm Beach County was the standout, with more than triple the sales over the same period last year. New consumers poured into the market from higher-cost regions in the U.S. to enjoy the state’s tax advantage.

4. Brooklyn Townhouse Market Left the Lockdown at a Blistering Pace

Colorado and Across the U.S. 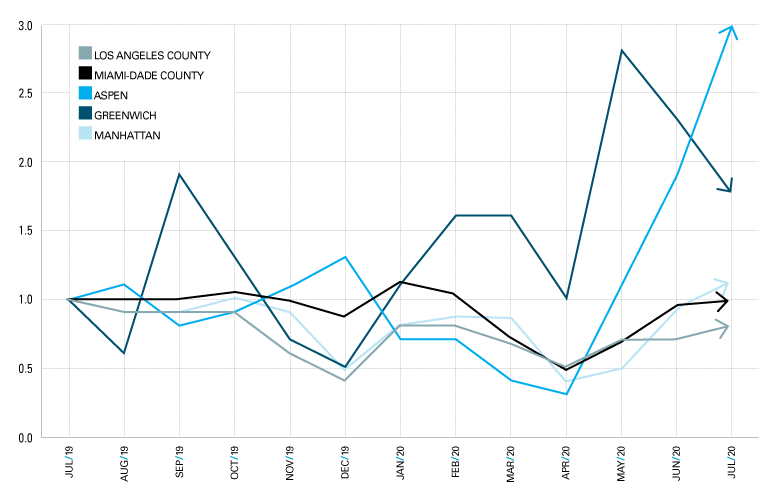 5. Luxury Housing Markets Across the U.S. Are Awakening from Spring Lockdown at Different Rates*

Aspen, Colorado, led the selected luxury markets from each of the five regions shown in the chart above, seeing a new-signed-contract surge when the market reopened in May. 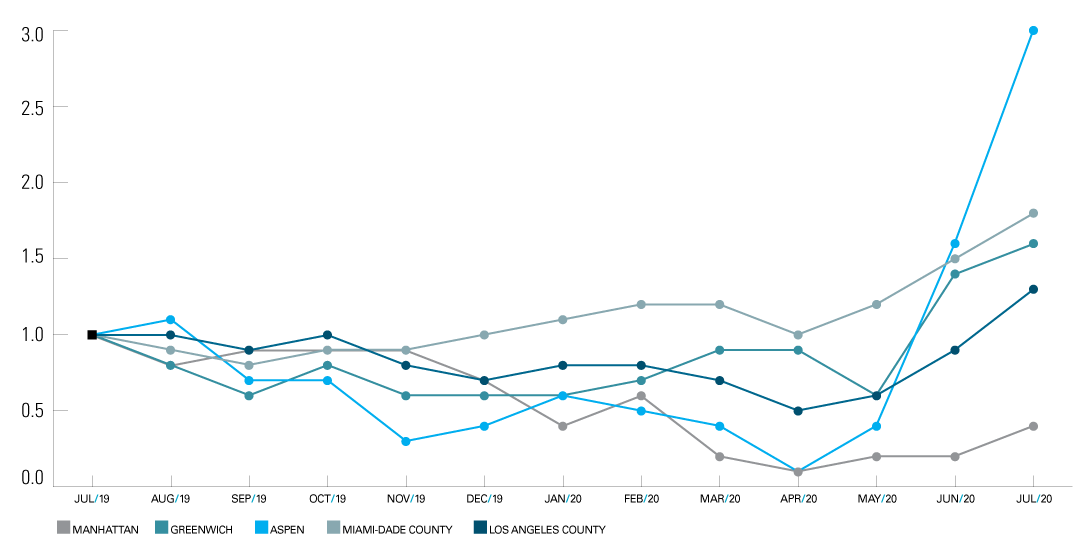 6. Luxury Housing Markets Across the U.S. Are Awakening from the Spring Lockdown in Different Ways*

The small luxury submarkets of Aspen, Colorado, and Greenwich, Connecticut, led the selected luxury markets from each of the five regions shown in the chart below, seeing new listings enter the market rapidly.