For the design-minded owners of a historic co-op, finding this residence on an idyllic, tree-lined block in Manhattan’s Lenox Hill neighborhood was a Holy Grail moment. The historic edifice had been built to accommodate two apartments per floor, and the previous owner had already combined the two to form one grand residence with its own private vestibule opening and a proper entry foyer beyond. The heavy lifting had been done. 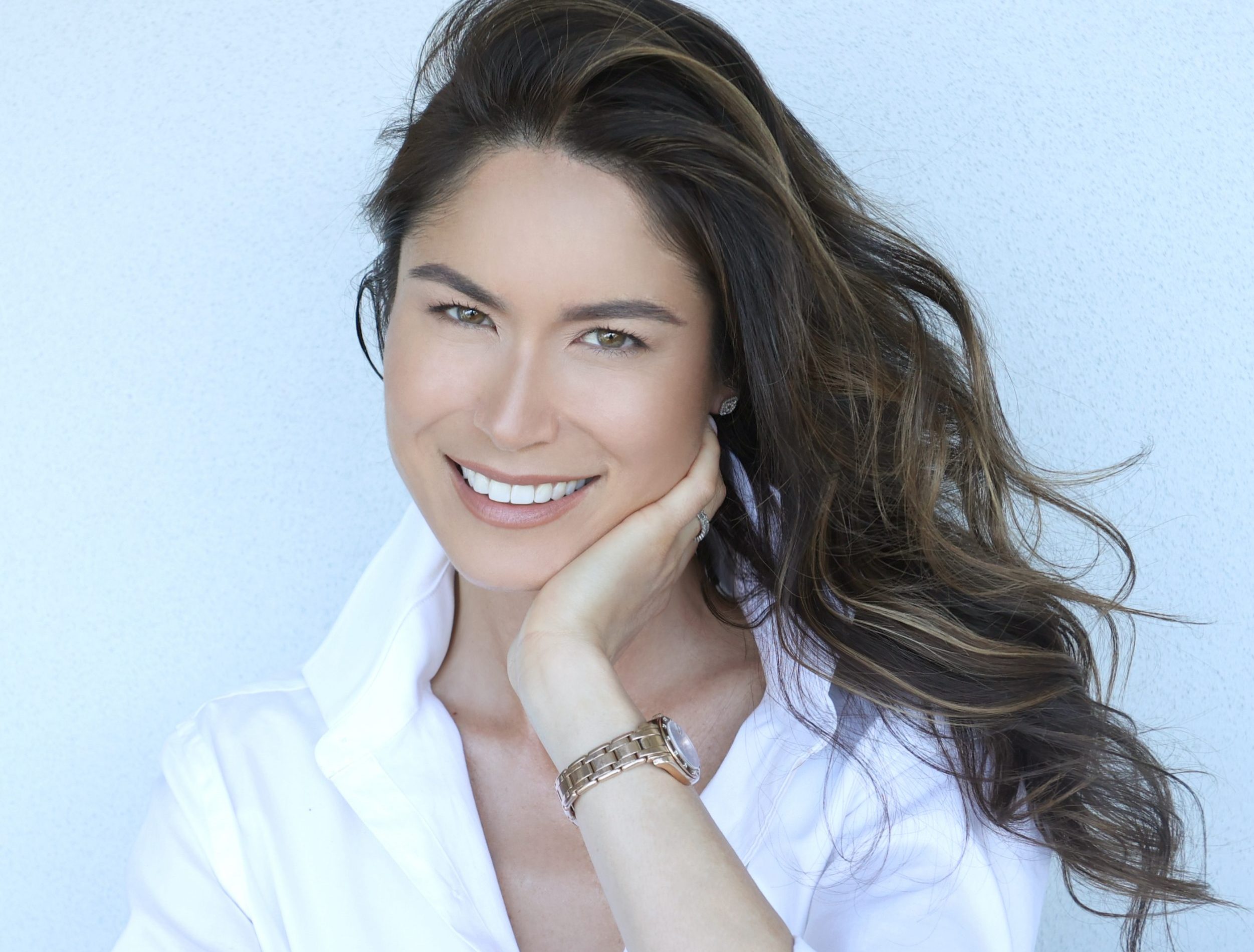 Built in 1924 by architect Mott B. Schmidt, renowned for his graciously proportioned Georgian homes for Vanderbilts and Morgans in the Sutton Place neighborhood, the co-op at 53 East 66th Street sits just a block from Central Park. With its brick and stone facade, it is the quintessential Upper East Side residential building of the early 20th century. 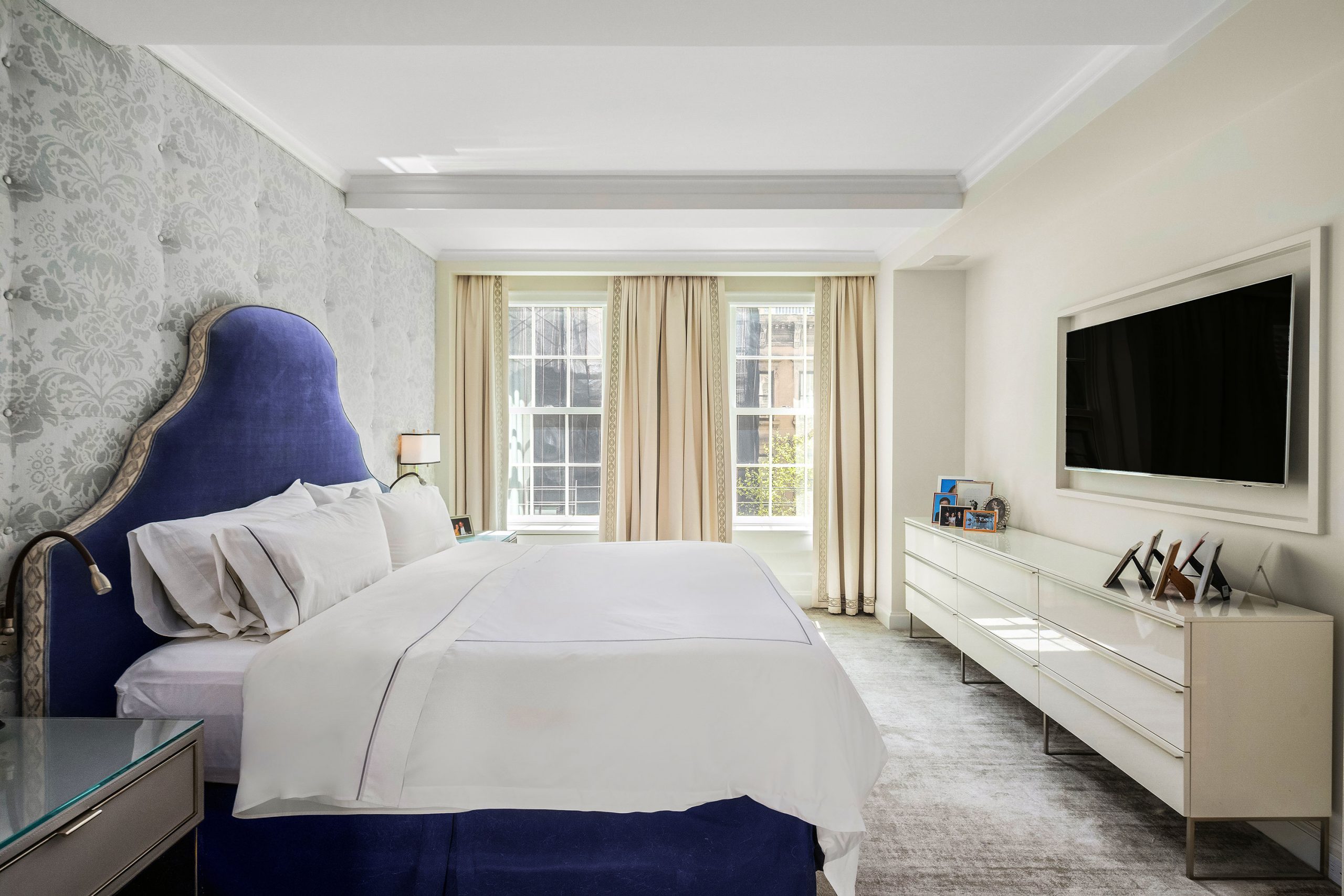 The master bedroom connects to a custom- outfitted dressing area with large closets. Three of the four bedrooms have en suite baths. 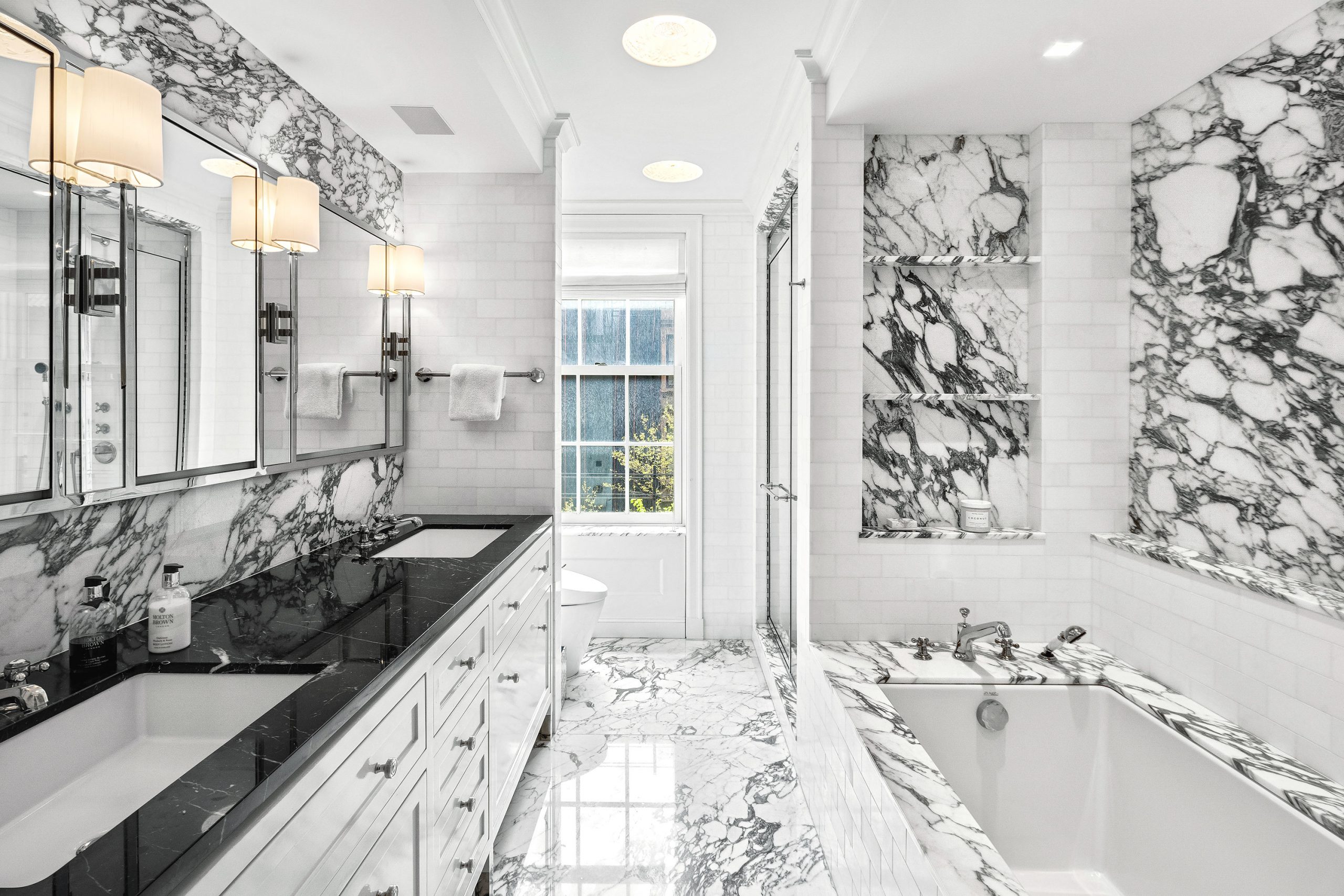 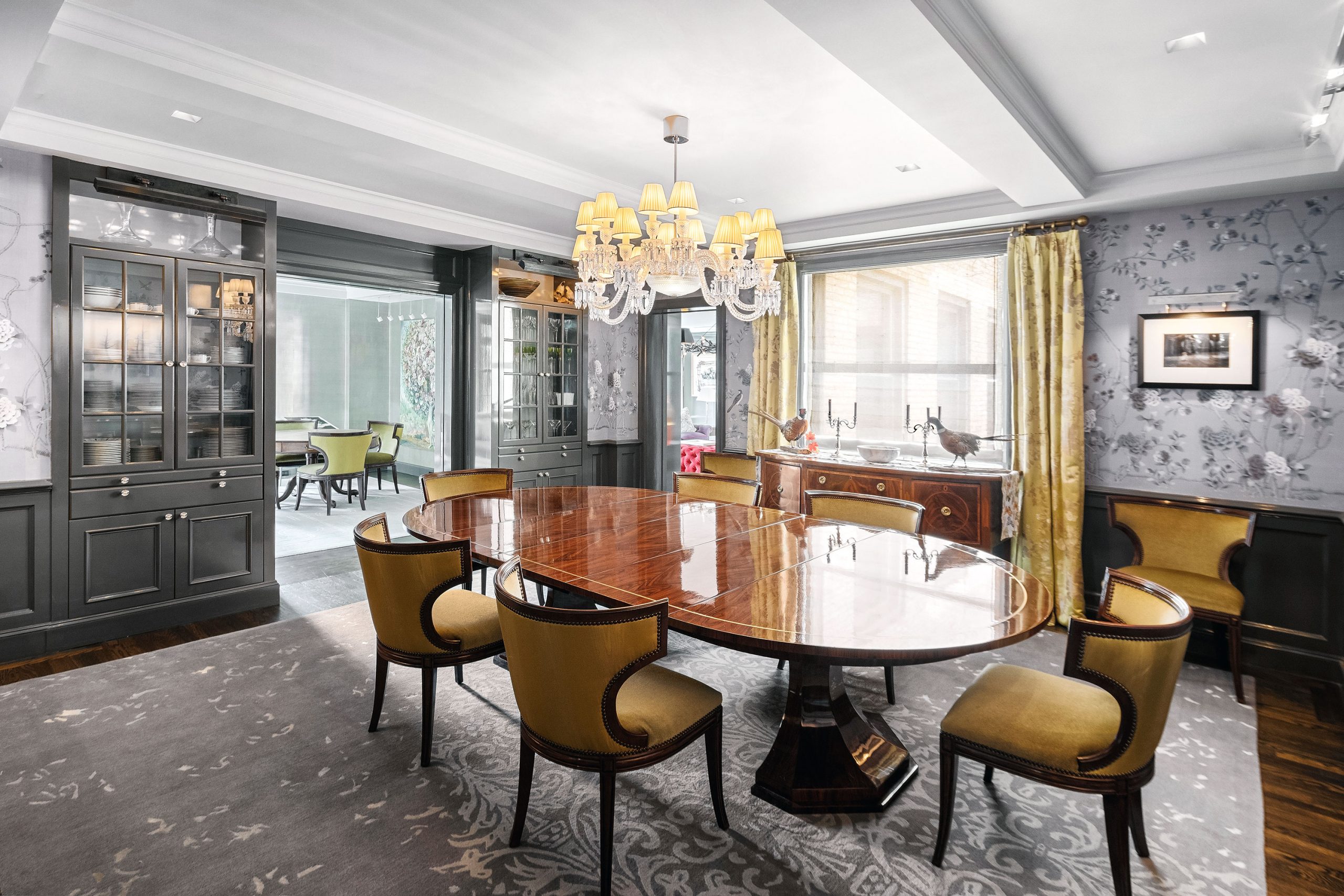 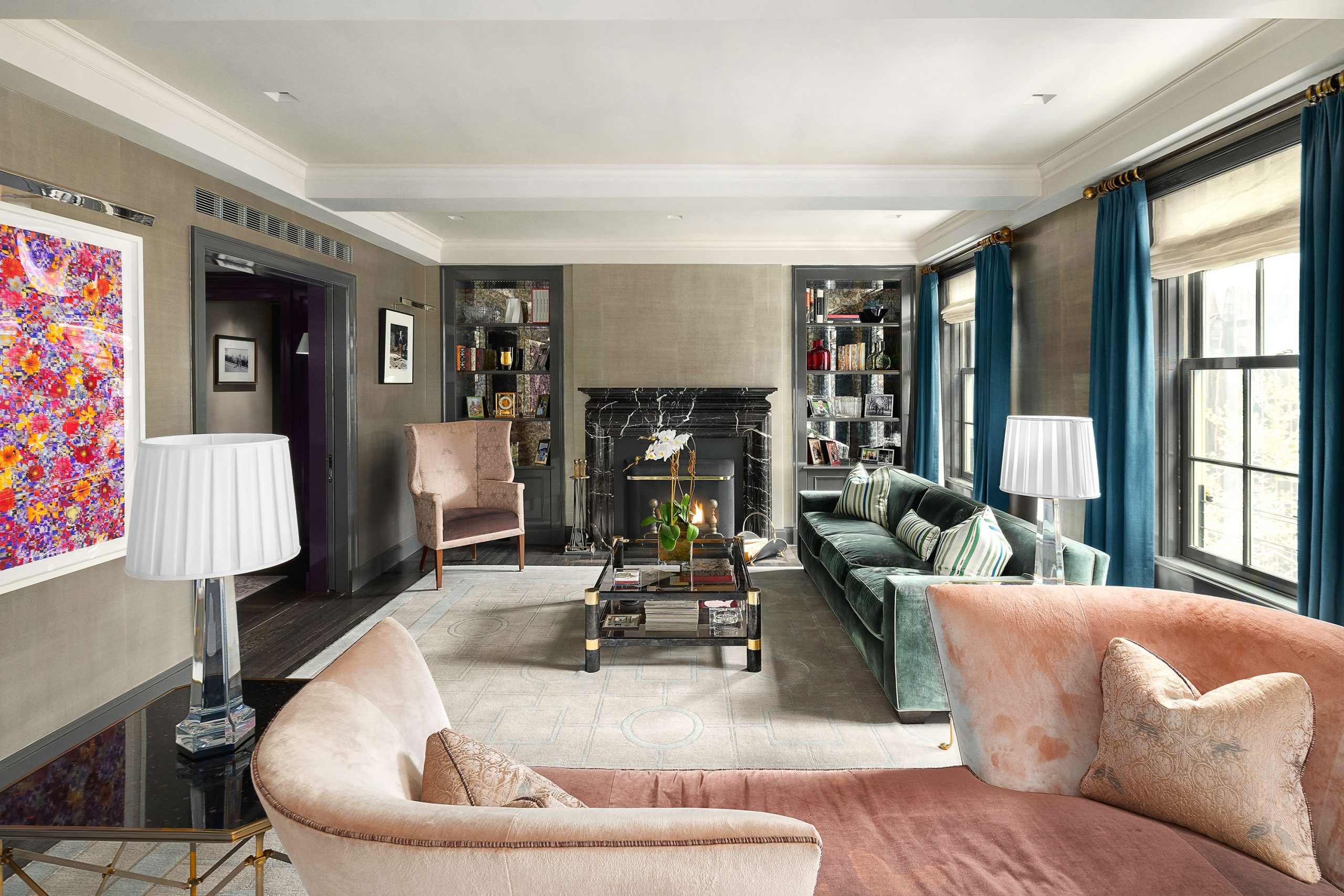 Like the living room, the library has a wood-burning fireplace and an abundance of natural light.

The family could simply have moved in and enjoyed the good fortune of finding a perfectly situated residence, says Douglas Elliman listing agent Michelle Griffith. After all, the four-bedroom apartment has an enviable layout that fills it with sunshine while connecting it to a canopy of treetops below and in the park beyond. “You often find co-ops that have one or two bright rooms,” Griffith says, “but the rest is dark. What is so striking here is the number of windows and the amount of light that floods the space.” The family room, with its wood-burning fireplace, has three windows on its north wall and three on the south. An oversize living room with beamed ceilings has a wall of south-facing windows. Three of the four bedrooms face 66th Street and feel as though they sit right on the trees. 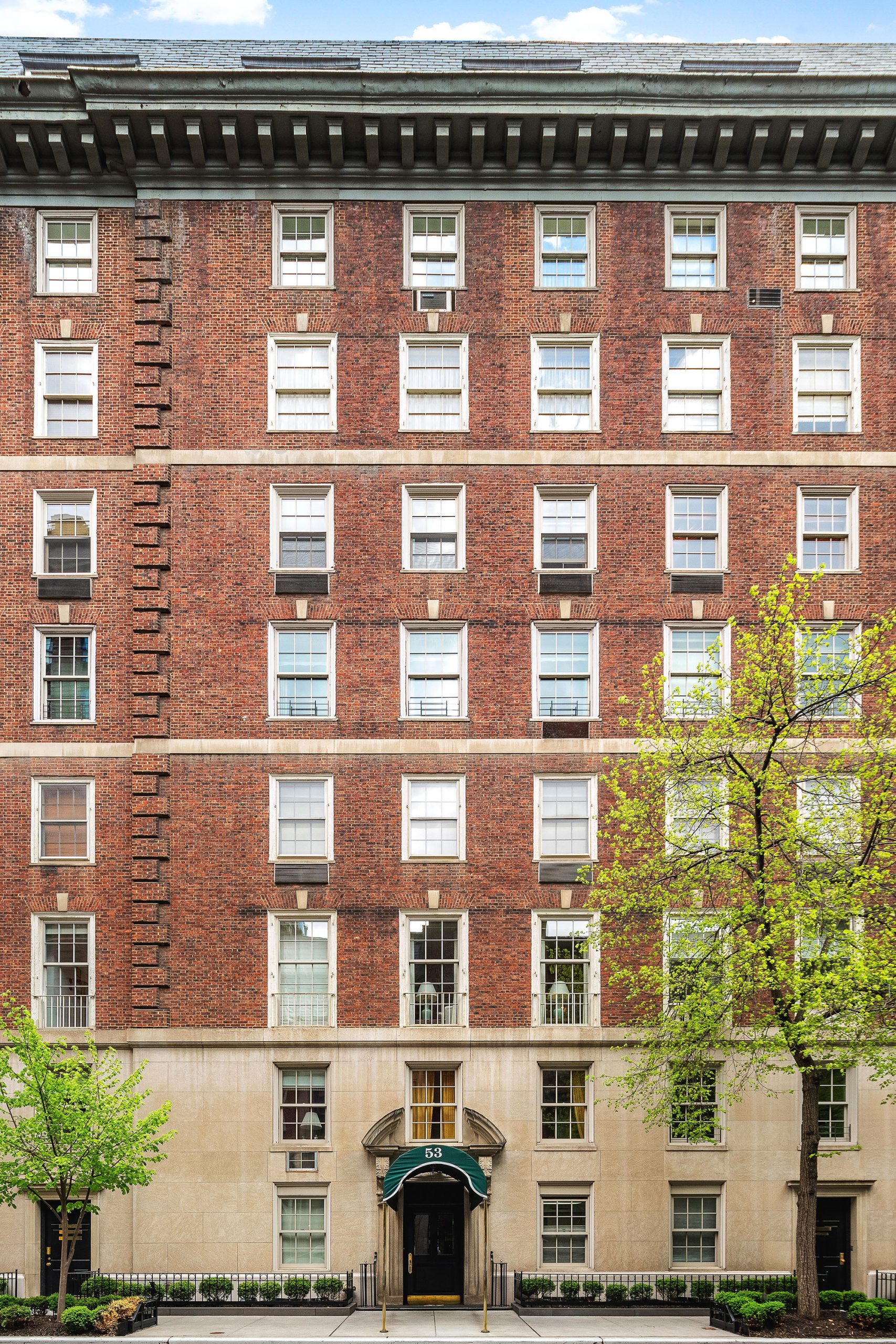 The building’s facade is of brick and stone with decorative moldings. There is also a full-service doorman, a live-in super, and an onsite gym.

In an 18-month-long process, the owners took the apartment down to the studs to create the perfect park-adjacent aerie. Distinctive original wood floors stayed, of course, as did the stately beamed ceilings. In went a showstopping chef’s kitchen with marble counters and walls, and appliances by Wolf and Gaggenau. Commissioned hand-painted wallpapers by British wallpaper house de Gournay create a whimsical tribute to the romantic English landscape tradition of Central Park. A small owl, the favorite creature of one of the family’s children, makes appearances on the walls throughout the home. A bird in flight on a dining room wall seems to have just swooped in the window. A pheasant, alighting on a stump under painted fruit trees, keeps company with a beautiful Baccarat crystal light fixture, while Central Park squirrels make cameo appearances here and there. And though the living artwork that now fills the home was born of personal significance, it feels like an extension of New York City’s pastoral heart. 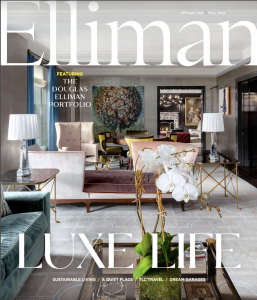