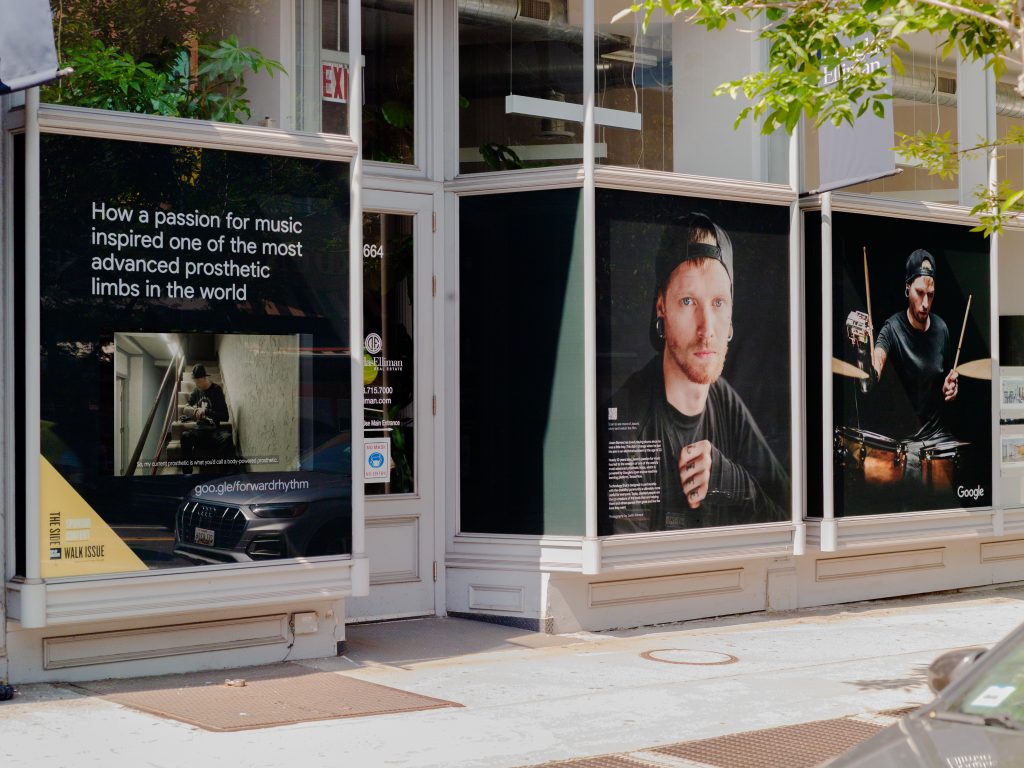 In partnership with Pop-Up Magazine, the acclaimed live magazine that typically sells out grand, historic venues across the country, Douglas Elliman hosted the incredible story of Jason Barnes, a passionate drummer who lost his arm at the age of 22 and went on to co-develop one of the most advanced prosthetic limbs in the world.

Deemed the ‘The Sidewalk Issue’, it played out in business districts throughout Brooklyn, San Francisco and Los Angeles in June. The main goal of the initiative was to entertain and inform, but also to get people out and exploring their local businesses again after a year lockdowns, said Chas Edwards, Pop-Up Magazine’s Co-founder and publisher. 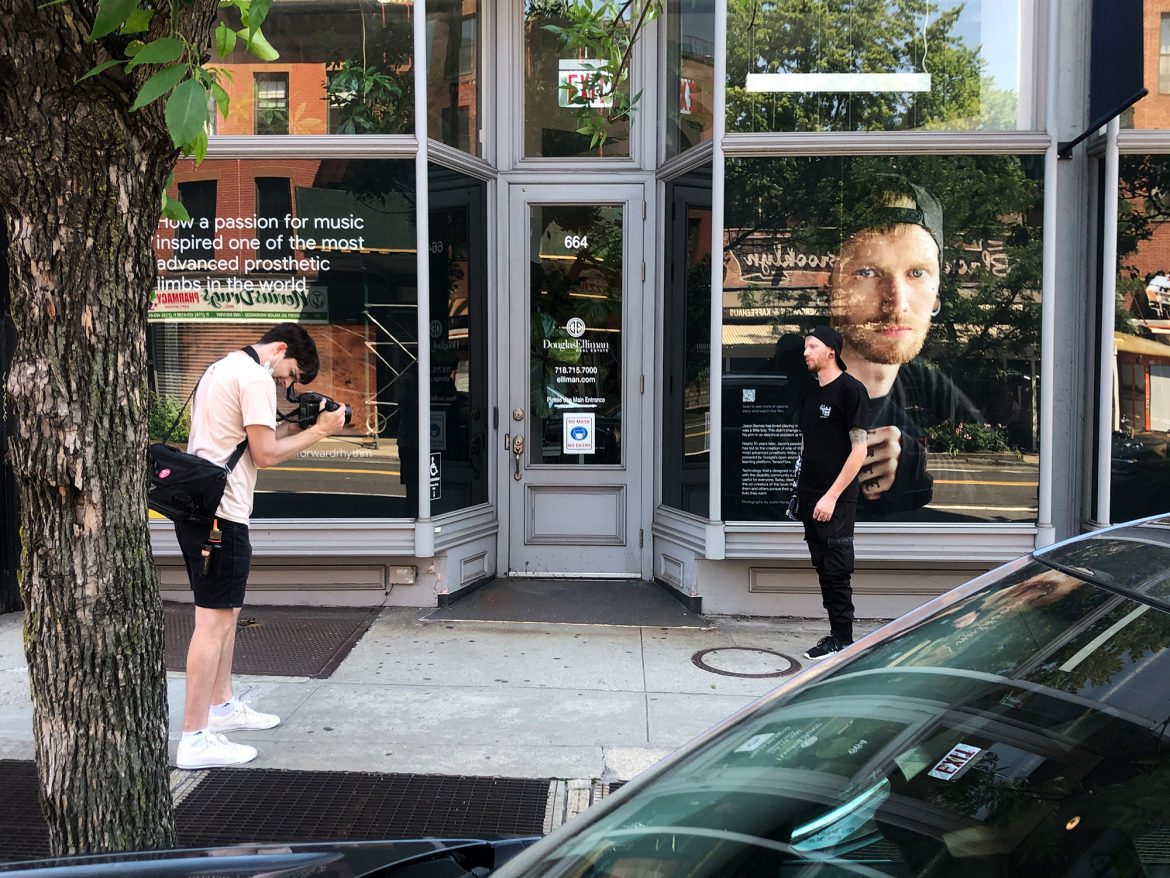 “Think of the coffee shops you used to go to,” Edwards said. “Think of all the business, you used to peer into their windows. We wanted to give people an excuse to go through their business districts again and stick their nose in those stores again, so we decided on this treasure hunt.”

For ‘The Sidewalk Issue’, the table of contents was a map, with the stories hosted by local businesses or hidden in public spaces.

Forward Rhythm, the story of Jason Barnes which was sponsored by Google, came to life as a multimedia photo essay in the storefront of Douglas Elliman’s 664 Fulton Street office in Fort Greene.

“We really relied on our local partners,” Edwards said of how they chose Douglas Elliman and others as host sites. 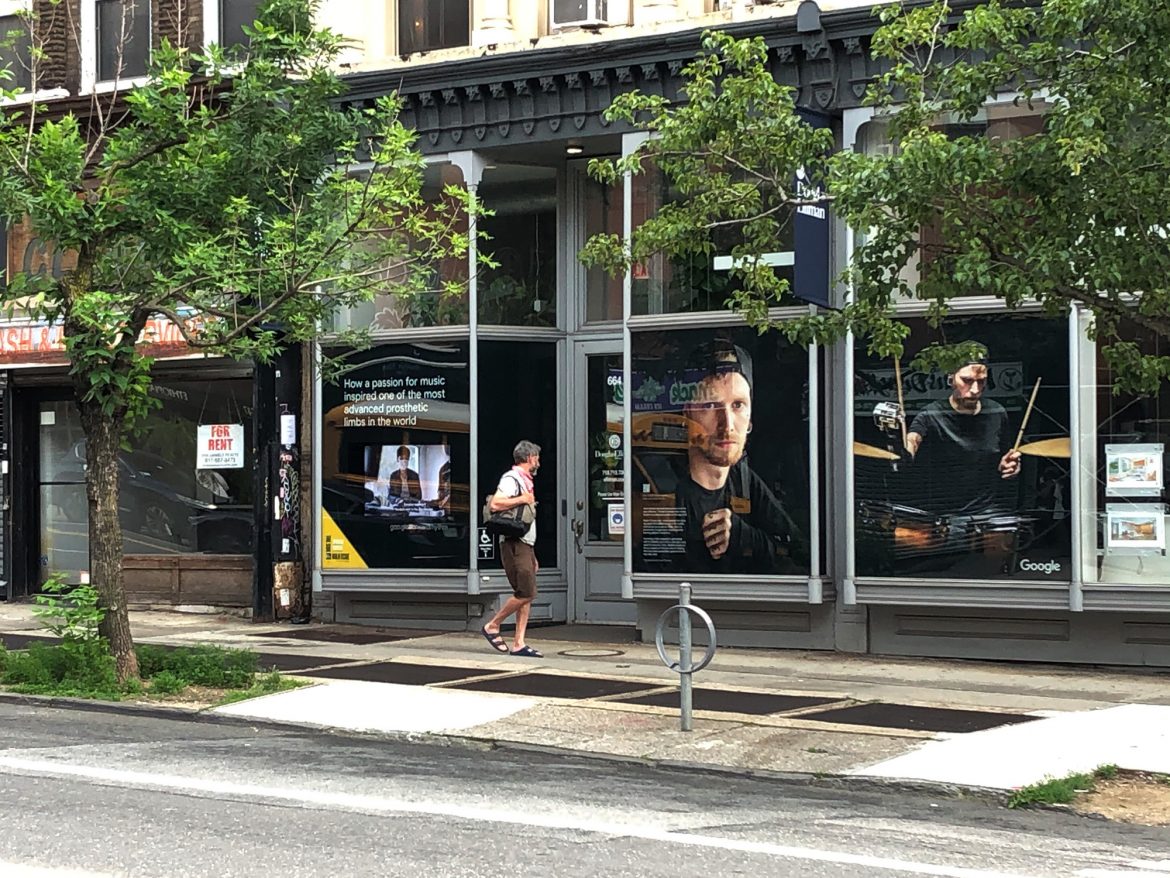 “They had worked with Douglas Elliman before and knew they had properties in the area, and especially with glass store fronts. So it was a perfect fit,” he said.