Jackson Pollock. Charlie Parker. The first photo of the Moon. What do they have in common?

Each represents genius striking in a culturally vibrant downtown New York City. And each are part of a new interactive outdoor art series called Village Voices, sponsored by Village Preservation. Douglas Elliman is a founder and leading supporter in this exhibit that captures some of downtown’s transformative figures and indelible moments in 21 individual shadowboxes displayed throughout the West Village, the East Village and NoHo. 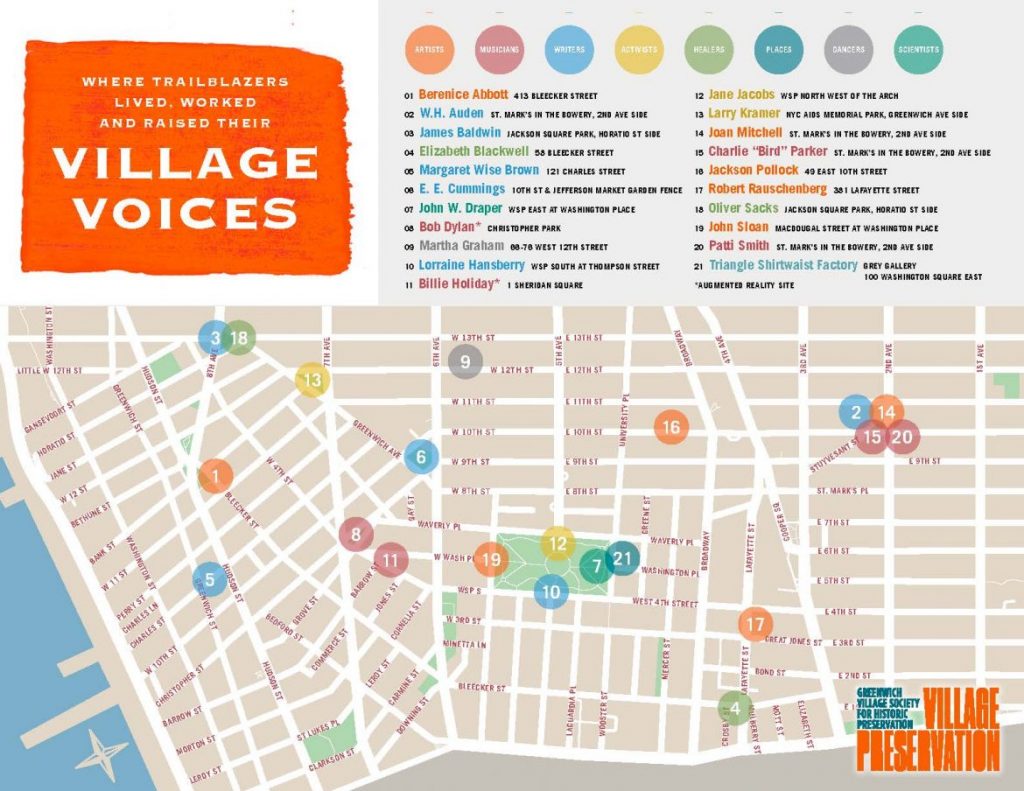 “We wanted people to get an experience of seeing something and going, ‘Wow, who knew? Maybe I could do something like that’.”

The shadowboxes each include a scannable QR code that allows the viewer to delve deeper into the moment, many with audio narrated by current Village residents including Alec Baldwin, John Leguizamo and Ed Norton. The exhibition will be on display through October 31st.

The concept was spearheaded by Leslie Mason a Village Preservation Trustee and Douglas Elliman agent who is hoping to entertain and educate people with the installations.

“We wanted people to get an experience of seeing something and going, ‘Wow, who knew? Maybe I could do something like that’,” Mason told the New York Times.

When asked if she had a favorite, Mason, a former actress who voiced several of the boxes herself, demurred saying she loved them all equally like children. Then quickly confessed, “Ok, two stick out that are especially special. They are the first and the last.”

One honors singer Patti Smith, “She is our youngest love child. I actually ran into Patti on the day we opened,” said Mason, who doesn’t otherwise know the singer. “I steeled my nerve, walked up to her and told her about the shadowbox in her honor. She was very nice, thanked us for thinking of her and said she would make a visit. I thanked her for all she has done for the Village.” The Patti Smith installation can be found at 2nd Avenue near St Mark’s. 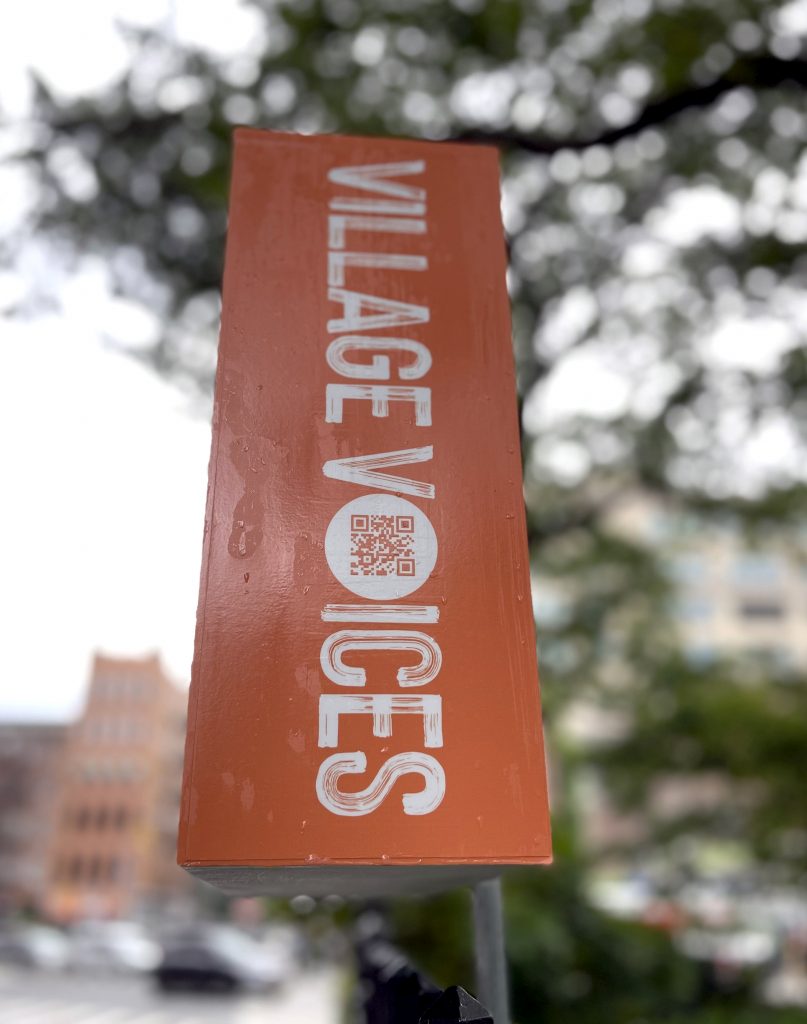 Mason’s other favorite captures the story John W. Draper, whose shadowbox at the eastern end of Washington Square Park tells the tale of the first ever photo of the moon, which Draper captured from an NYU rooftop in 1840.

“He was the gentleman grandfather among the group, much older than the others we featured,” Mason explained of the Draper shadowbox. “But I think it perfectly encapsulated what this project was all about.”

And what is that?