Cities are faceted much like precious stones—the shimmer and sheen we recognize when we look at one metropolitan area as a whole often comes from the unique personalities of the neighborhoods within. As cities transform over time, so too does the cultural landscape of their neighborhoods. Perhaps at the core of this are artists who orient around and anchor in emerging, inspiring, and affordable areas. Other creative individuals follow—and soon the entire cultural ecosystem blossoms, from galleries to theaters.

Though cities are forever in flux as alluring new facets develop, the five neighborhoods we outline here have played an exceptional role in the cultural canvas of their surroundings for some time. For the culturally ravenous—the gallerygoers, art explorers, and theater lovers among us—each provides innumerable options to satisfy an artistic appetite.

The International Center of Photography moved to the Lower East Side in 2020. (Photo: AFRADKIN)

For years, the towering identities of Times Square, Central Park, the Metropolitan Museum of Art, and any number of world-recognizable attractions have defined people’s appreciation for and understanding of New York City. In turn, New Yorkers have looked to Chelsea and its blue-chip gallery scene for art openings and inspiration. It’s the humble Lower East Side, however, that presents the future of culture in Manhattan. Here, one finds everything from the pioneering artists exhibiting at Galerie Perrotin and Sperone Westwater to culinary establishments like Gem, Dhamaka, and Attaboy that treat cuisine and cocktail creation as art. Though the Guggenheim might be a household name, the International Center of Photography and the New Museum—both on the LES—provide equally enchanting exhibitions—and it’s only a quick walk between the two. Further, much like Tribeca, the Lower East Side has its own film festival; and as with Broadway, there is a swath of theaters showing less established, more cutting-edge work.

Art is everywhere you look in the Miami Design District. (Photo: AMPUEROLEONARDO/Getty)

A continuously developing neighborhood, directly across Biscayne Bay from Miami Beach, the Design District beckons culture-craving guests through art, design, and architecture. Easily explored on foot, the area counts two world-class museums—the recently opened Institute of Contemporary Art (ICA), Miami and the de la Cruz Collection—as residents. Miami-based galleries speckle the surroundings, and outdoor art can be found everywhere. (In fact, the iconic Wynwood Walls are also only a few blocks away, though in a different neighborhood.) From The Moore Building to the Fly’s Eye Dome (a geodesic wonder designed by Buckminster Fuller), architectural attractions are abundant, too. Most people already familiar with this neighborhood might associate it with upscale fashion and furniture boutiques or restaurant openings from star chefs, but there’s far more than commerce here—there’s a glimpse at the future of design and culture in Miami.

DALLAS’S DEEP ELLUM
From its ultra-exclusive annual art fair to its ever- growing roster of acclaimed museums, Dallas continues to develop deep cultural riches. Though many neighborhoods could stake claim to the cultural crown, Deep Ellum—host of both the Deep Ellum Arts Festival and the Deep Ellum Film Festival—is a destination built upon arts, entertainment, and culture. Way back in the 1920s, the area played host to a riveting jazz and blues scene through its music clubs and concert halls. That heritage lingers today (especially in Deep Ellum’s modern music venues), but along with it comes large- scale outdoor murals, diverse galleries, and antique shops, a monthly outdoor market, and a thriving café culture. Deep Ellum isn’t far from Downtown Dallas, and it’s best explored on foot so that one can pass through anything that piques one’s interest.

Will Ryman’s The LongHouse 6 at LongHouse Reserve in East Hampton speaks to the temporary nature of all things. (Photo: Sohn Photo Courtesy Longhouse Reserve) 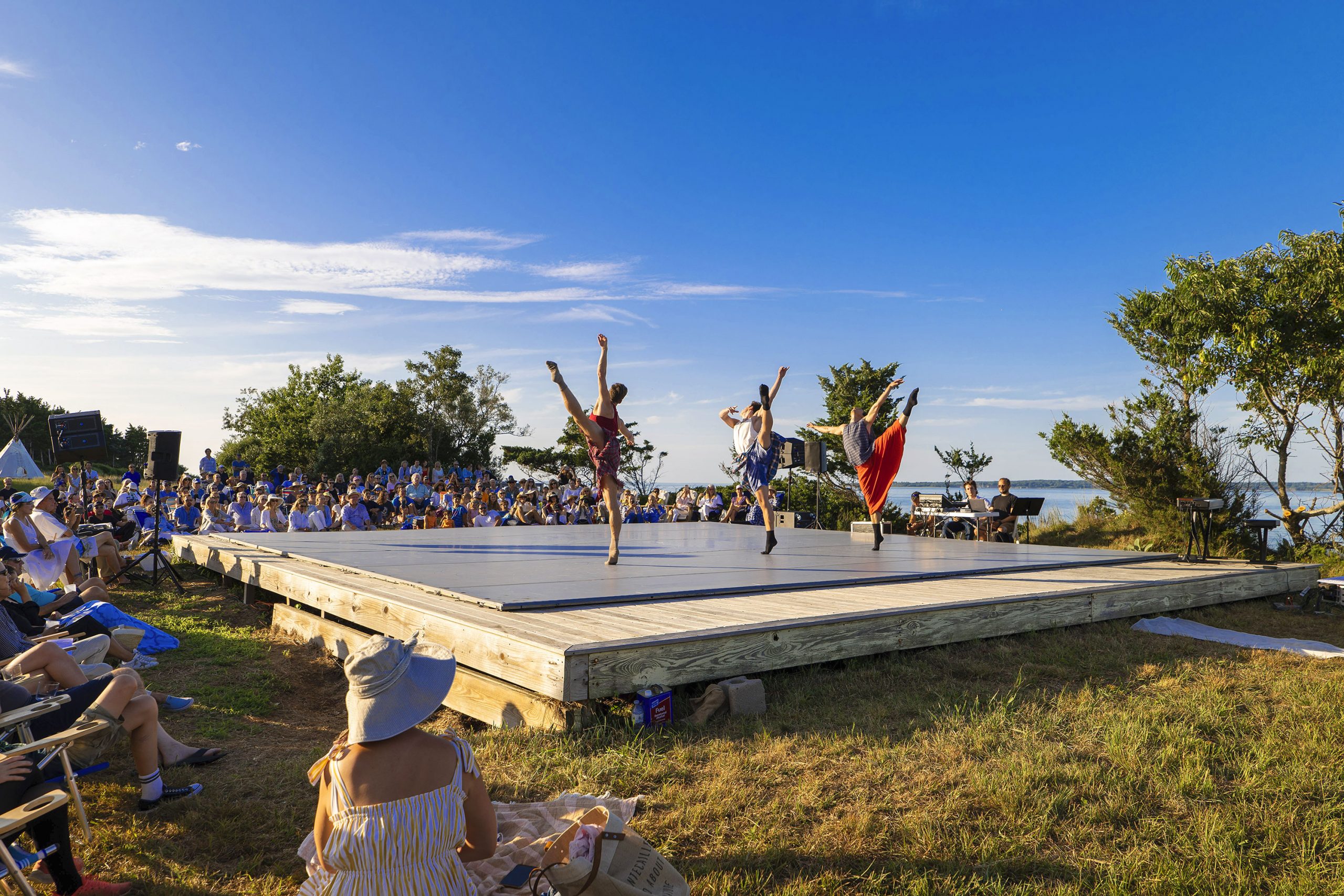 THE HAMPTONS’ EAST HAMPTON
More than a seaside social escape for New Yorkers, the Hamptons have established themselves as a cultural destination of international acclaim. Of all the towns, villages, and hamlets that comprise the region at Long Island’s eastern end, East Hampton stands out for its array of private artist studios, exhibiting galleries (like The Fireplace Project), and thought-provoking historic institutions. The beating heart of East Hampton can be found within the museum Guild Hall, which first opened its doors to the cultural community in 1931. Today it is a fine arts leader with impeccable curation and programming. For outdoor art enthusiasts, LongHouse Reserve welcomes visitors onto 16 acres of sculptural installation—a spectacular experience on a sunny day. On par with its art sector, East Hampton’s creative cuisine options incorporate the freshest seaside fare and seasonal produce—predominantly in the summer, of course.