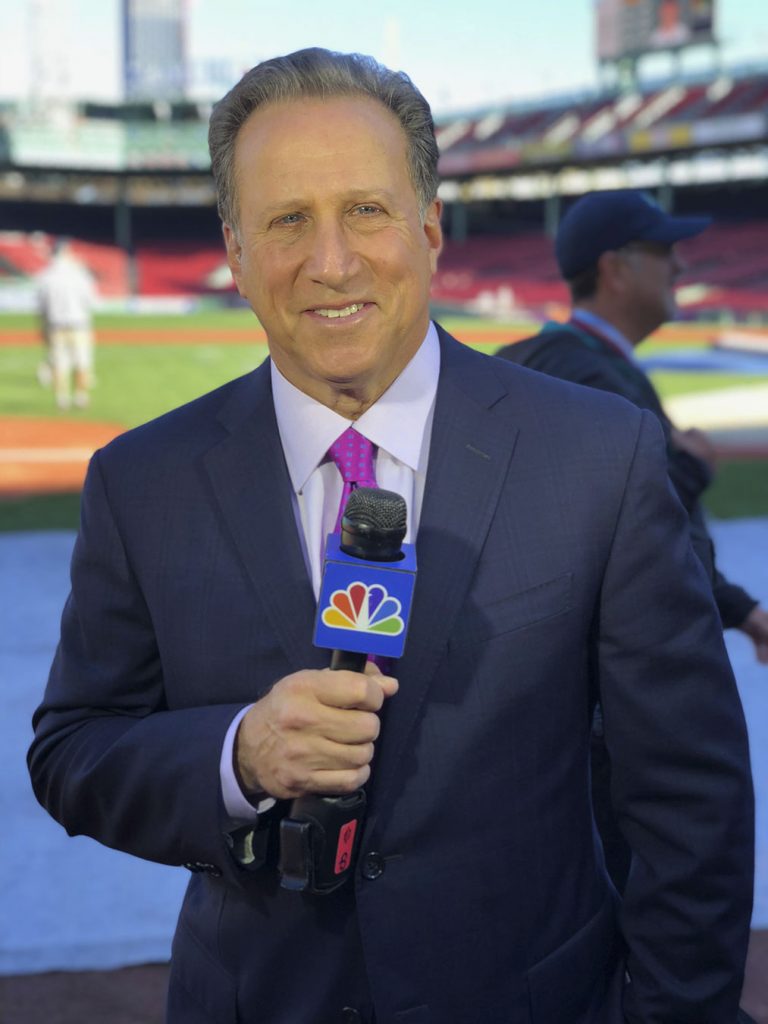 Popular sportscaster Bruce Beck’s life in Westchester revolves around family, work, and, of course, sports. “I get to take advantage of all of them here,” says Beck, the lead sports anchor for WNBC-TV in New York. “We get the serenity of Westchester, it’s close to the city so I can cover all the teams, and my children and grandchildren are nearby.” Beck and his wife of 38 years, Janet, have been smitten with the county since they first moved to the Quaker Ridge section of Scarsdale from Manhattan in 1992.

They found an idyllic suburban house on a private, tree-lined street, “with a backyard big enough to hit a home run in,” and enjoyed the coveted Scarsdale school system. When it came time to downsize, the Becks moved to a townhouse in White Plains—“in 2014, the year the Rangers were in the Stanley Cup finals versus the Kings,” he recalls. The turnkey townhouse boasts privacy, convenience, and plenty of space for Bruce, Janet, and their dog, Madison. Plus, Beck adds, “It has a terrific tennis court.”

Restaurants for the Win

Not surprisingly, Beck is an avid golfer (he maintains an impressive single-digit handicap) and has belonged to Fenway Golf Club in Scarsdale since 1995. “I love the course and the club, which has a spectacular new pool. It’s a great place to take the grandkids and is a big part of our social life,” he says of the club, which has been a Westchester landmark since 1924. 384 Old Mamaroneck Rd., 914.723.6000

In addition to his full-time gig, Beck runs The Bruce Beck Sports Broadcasting Camp, a one-week program held each summer at Iona College in New Rochelle. This labor of love is “an opportunity for kids ages 13 to 22 to become part of the next generation of sports broadcasters,” Beck explains. Traveling to schools all across Westchester to help promote the camp has given Beck “a chance to see the magnificence of this county in a different way. The schools are great, the teachers are brilliant, and the administrators are dedicated beyond belief.”

Find your next home in Westchester today.