Less than a year after the world’s greatest golfers descended on Long Island to compete in the U.S. Open at Shinnecock Hills Golf Club in 2018, the PGA’s best will again head to Long Island to compete for the coveted Wanamaker Trophy when the famous Black Course at Bethpage State Park hosts the PGA Championship in May. Unlike exclusive Shinnecock Hills, which has remained a private course since the club’s founding in 1891, Bethpage Black is open to the public, so you, too, can test your skills on it. Fair warning, though: Black might be a slimming color, but the Black Course tends to have the opposite effect on golfers’ scores. 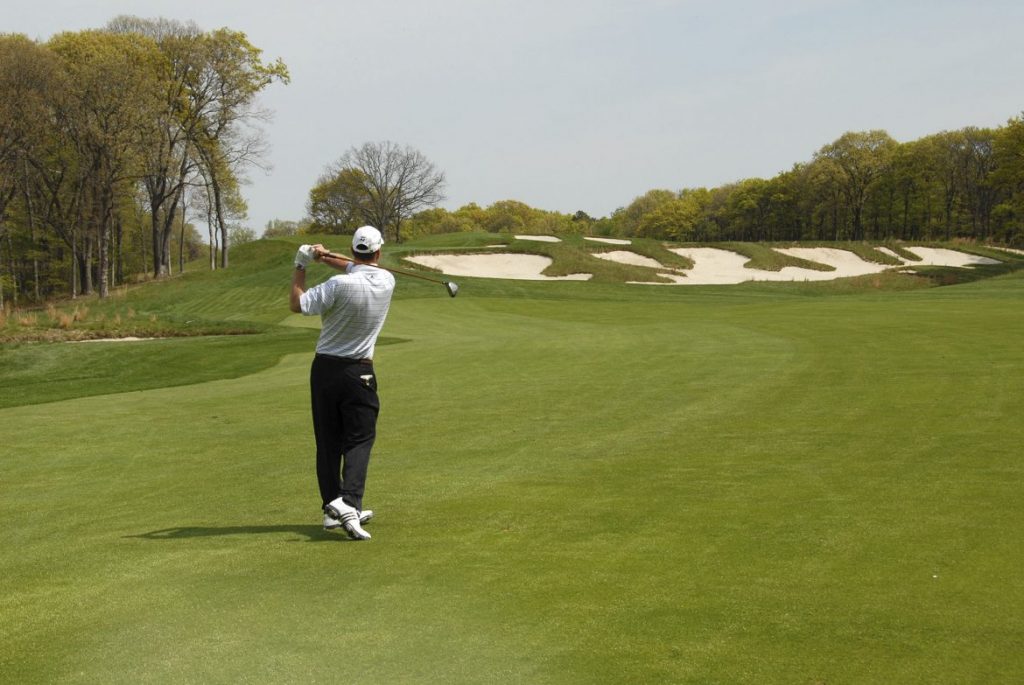 Created in 1936 as a park-managed course exclusively for public play, Bethpage Black was designed by A.W. Tillinghast, a course architect who learned the game and the art of course design from Old Tom Morris in St. Andrews, Scotland. It was restored and modernized by Rees Jones in the late 1990s and early 2000s before hosting its first U.S. Open in 2002. The now-77-year-old designer touched up the layout a few years later, before the U.S. Open’s return to Bethpage in 2009.

Nicknamed “The Open Doctor” for his painstaking refurbishments that prepare prominent, old courses in the U.S. for major championships, Jones has returned to Farmingdale periodically over the past decade to further tweak the course in preparation for this year’s PGA Championship. 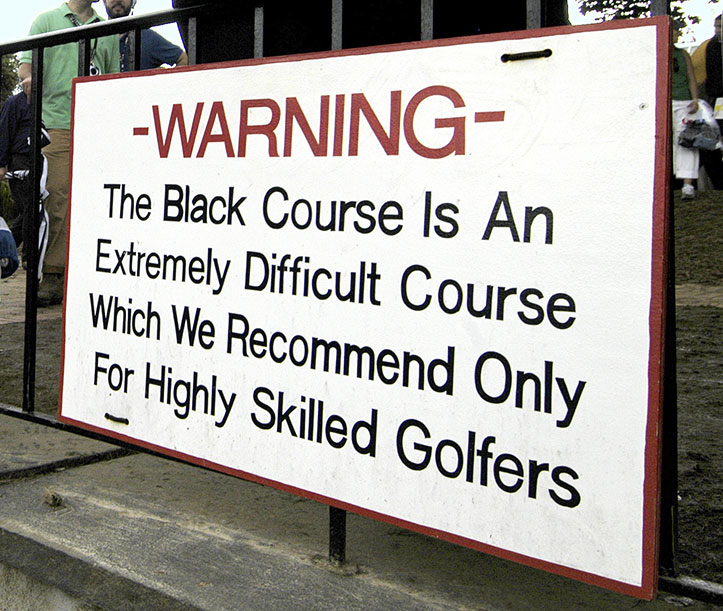 “Bethpage Black was a restoration and a modernization at the same time,” explains Jones, who likes to say that he restored the course in its original style but conditioned it for modern play. “We had to add length and we had to relocate some of the fairway bunkers.”

“It has a rustic look,” he explains, speaking not only of the Black Course but also of the park’s four additional layouts, three of which were designed and built by Tillinghast during the 1930s. “It’s really a heathland design with trees; it’s just a beautiful place to play golf.” 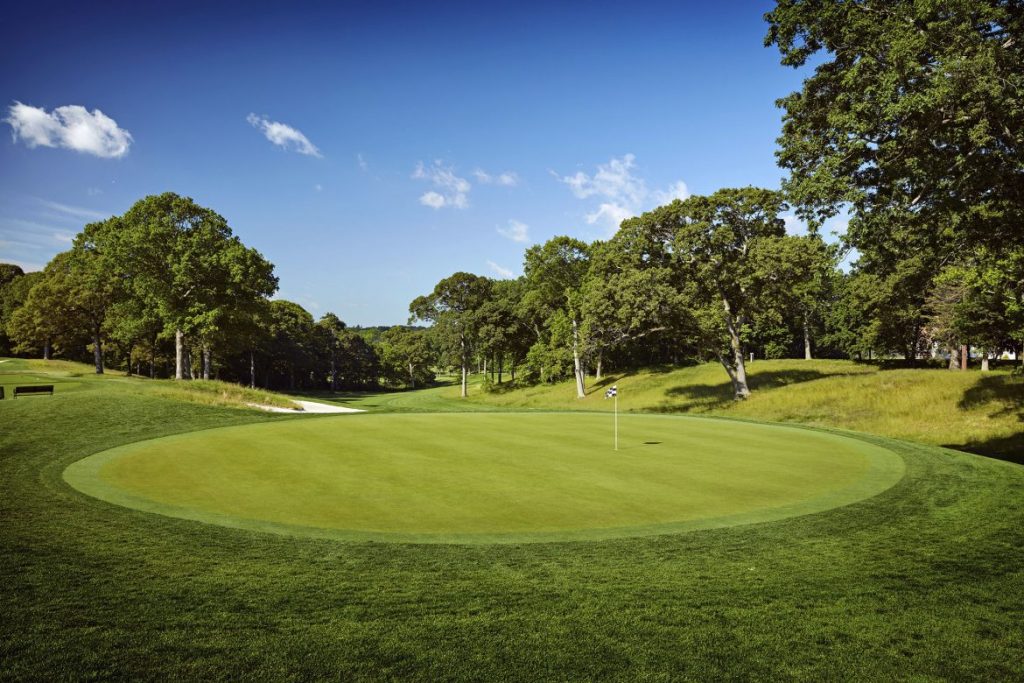 Beauty notwithstanding, Bethpage Black is an apt venue to host the world’s most-skilled golfers for several reasons. First, the course was built to provide the ultimate test of golf. Jones speculates that Bethpage Black was Tillinghast’s response to Pine Valley, a private New Jersey course designed in 1918 by a group of renowned architects (Tillinghast included) that pundits deemed—and continue to deem—the world’s most difficult course. 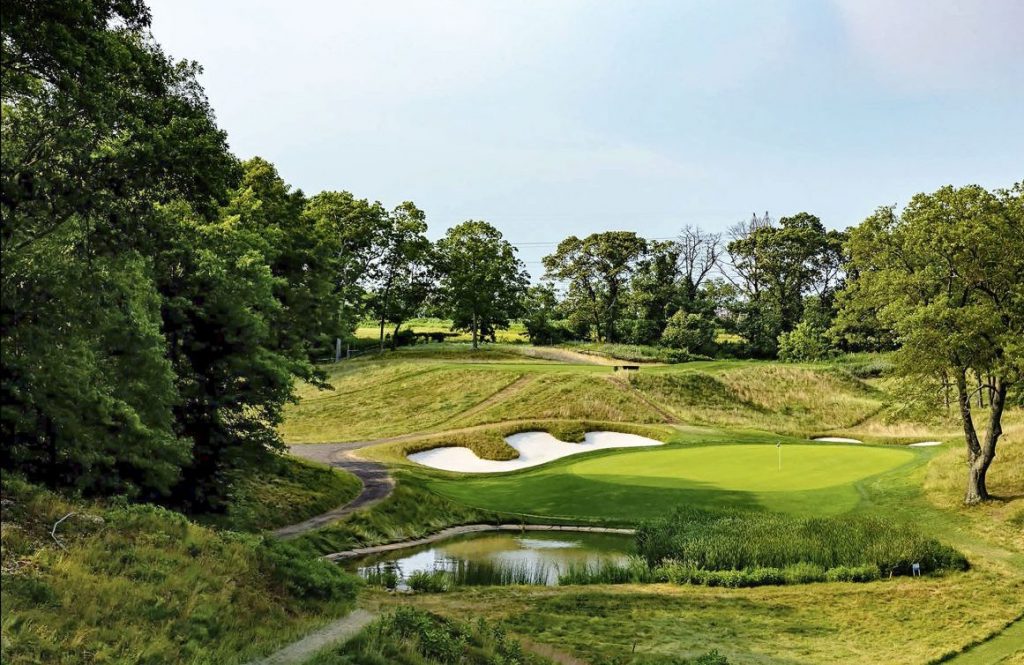 Because the Bethpage Black project fell under President Roosevelt’s Works Progress Administration and was earmarked as an employment opportunity for those struggling through the Great Depression, the budget for construction was restricted. When Tillinghast surveyed the land and later routed the holes, he placed the greens where they seemed most natural (and in the places that required minimal turf manipulation). “They didn’t move dirt around,” Jones says, “so on this site, the greens are naturally elevated, and elevated greens make the targets smaller.”

Bethpage Black’s putting surfaces will also challenge the pros, since the greens have remained mostly undisturbed for 82 years, aside from a few that Jones expanded slightly to create new, challenging hole locations. “They’re just old, push-up greens,” he says, “so there will be some indistinguishable contours. There are subtle breaks in those greens because they’ve settled over the years. There will be breaks there that the pros can’t see.”

The fact that the PGA Championship now takes place in May (historically it happened in late summer) will also impact the degree of difficulty. Jones expects the fairways to be cut wider than they were when Bethpage Black hosted its two U.S. Opens. However, the rough is likely to be lush and thick, similar to what golfers would encounter during a U.S. Open.

Up For A Challenge? 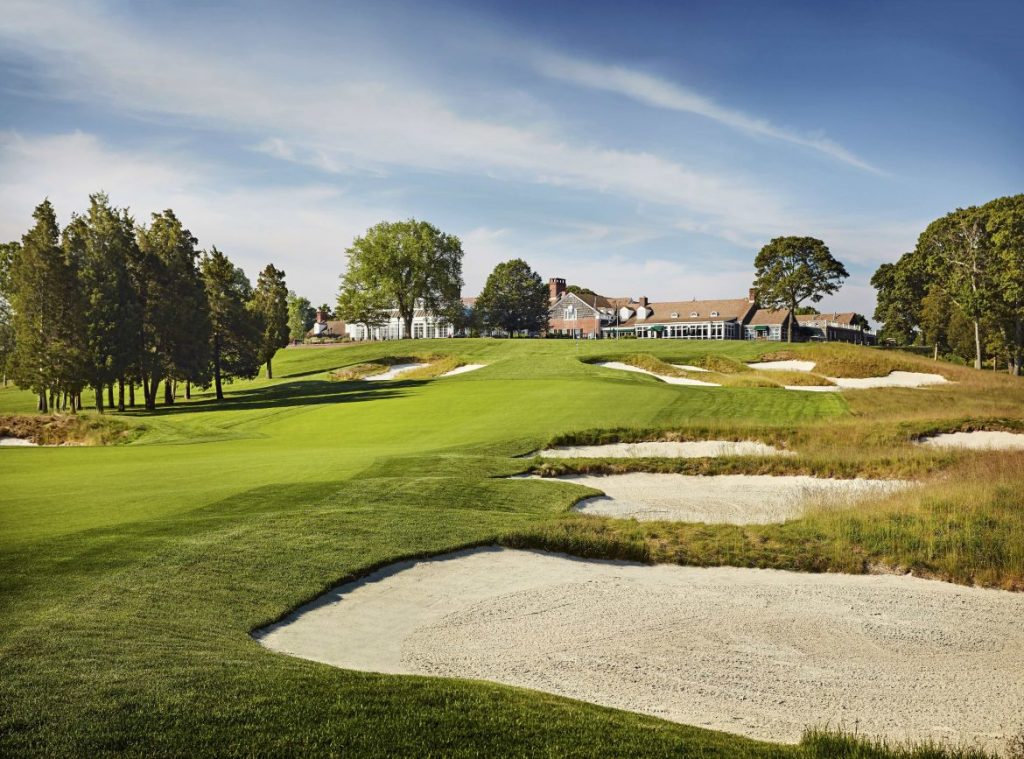 And then there are the bunkers. Some courses feature benign sand traps. Bethpage Black is not one of them. “Unlike a links course where bunkers are scattered and sometimes meaningless, these massive bunkers are all extremely well positioned,” says Jones. “Tillinghast believed in creating bunkers that looked windswept, and these are his largest and most creative.”

Over the years, Jones reshaped and rebuilt most of the bunkers on the Black Course, repositioning some of the greenside bunkers closer to the putting surfaces. He also added new fairway bunkers to a handful of the holes so that modern-day golfers, equipped with the latest clubs and contemporary golf balls designed for maximum distance, would face the course’s challenges as Tillinghast first conceived them.

Jones won’t predict who’s most likely to hoist the Wanamaker Trophy this year, but he does expect the winning score to be much closer to even par than the championship’s average winning tally over the past decade, which exceeds 12 strokes under. “A lot of these guys hit it long and crooked,” he says. “If you really hit it off line, you’re in some pretty terrifying stuff.” Big hitters known for their accuracy off the tee, such as defending champion Brooks Koepka, are likely to have the biggest advantage, Jones theorizes.

If you’re feeling ambitious enough to take on Bethpage Black as an amateur player, a conservative strategy will almost always save you strokes. Remember, the greens aren’t always what they seem. And keep an optimistic outlook when your ball finds its way into one of those sprawling, windswept—and sometimes steeply banked—bunkers. “There is a chance of survival,” Jones assures. You’ve been warned.

Find your next home near Bethpage Black today.